Maria Sharapova has fulfilled her childhood dream of making enough money to provide a comfortable life for her family, taking pride especially in the sense of safety it has offered her.

Speaking on an episode of the Sports Business Radio Podcast, the former World No. 1 opened up about the conditions under which her family immigrated to the United States of America from Russia.

Sharapova’s father, Yuri, arrived in Florida in 1994 with a paltry sum of $700 to his name when Maria was only seven years old.

Sharapova recalled an instance during her childhood when she went to a department store with her family. During the visit, she wondered what it would feel like to one day have enough money so that she could simply pick what she wanted, without having to worry about the cost.

Today this is a reality for her and Sharapova is extremely proud of the accomplishment.

“It wasn’t like I thought about money in that way, I thought about accessibility,” Sharapova said. “Looking back at that now, I am incredibly proud that I have been able to provide for myself and my family.”

According to Sharapova, even though earning as much money as she has is an accomplishment in and of itself, the fact that she has provided a safety net to her family for the future means more to her.

“It is an accomplishment, but it is a sense of safety, right? It is a sense of I know that I can take care of their health, I can make them happy and that they’re going to be okay,” Sharapova added.

“I know what my limitations are” – Maria Sharapova 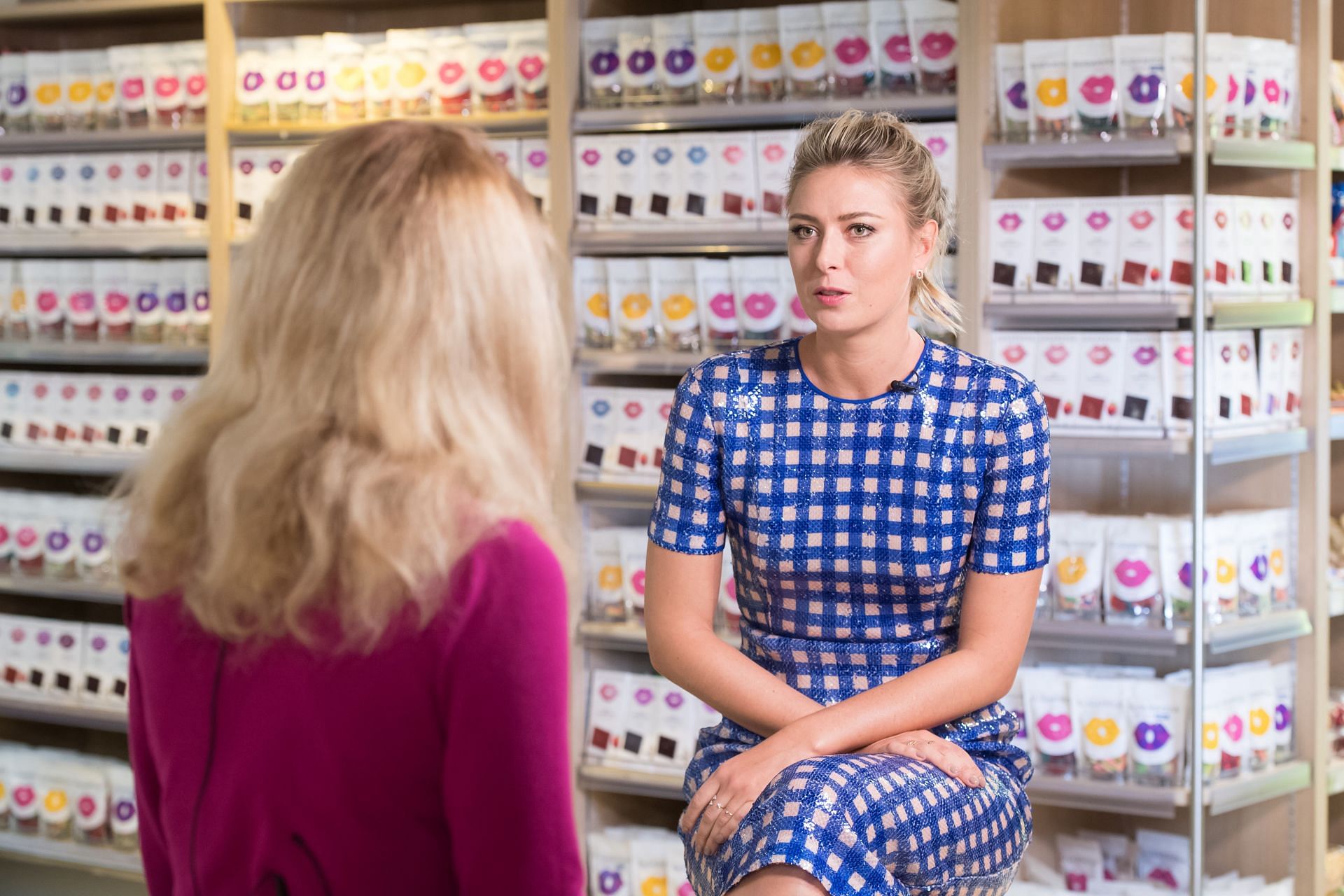 Maria Sharapova also explained how she handles being an investor and a strategic advisor to the brands she has partnered with. According to Sharapova, the key is to recognize your limitations and to stick to what you are good at.

“I think it’s really understanding your strengths and weaknesses,” Sharapova said. “I said to myself, I know what my limitations are, I am not going to go into the Research & Development.”

. @public, an online platform for investing in the stock market and #cryptocurrencies, has added retired tennis star @MariaSharapova as an investor 🎾

Sharapova is also an investor in fitness and wellness tech startups such as @Therabody and @Tonal. https://t.co/6VwMSUqWbC

Sharapova pointed to her relationship with Tonal, an AI-based smart home gym, as an example. She told Tonal’s founder to send her the product first so that she could spend time using it. It was only after Sharapova had completed a thorough analysis of the training machine that she decided to become an investor.

“I remember one of the conversations with Aly, the founder of Tonal. I remember telling him, ‘You send me the unit and I will spend four weeks with it and I will do an entire analysis on it’,” Sharapova said. “I think I am pretty honest in my approach,” she added.