ANDY MURRAY recovered from a thrashing last week to open his Dubai ATP 500 campaign with a win.

Andy Murray is through to the second round of the Dubai Duty Free Tennis Championships in his first appearance at the event since 2017. He came from a set down to defeat qualifier Christopher O’Connell 6-7(4) 6-3 7-5 in two hours and 51 minutes. It’s a quick turnaround for the Brit, who won just one game in a 6-0 6-1 beatdown in Doha last week.

Murray was playing in Dubai for the first time since he won the title in 2017 as the world No 1.

The three-time Major champion is currently between coaches, joined in the Middle East by his former mentor Dani Vallverdu, who is also the full-time coach of Stan Wawrinka.

It was his first meeting with O’Connell, who came through qualifying to make the main draw, with the first set a shaky affair.

Both players struggled to settle, with Murray forced to save a break point and 2-2 before having three of his own in the following game and failing to convert.

Eventually it was the world No 158 who pounced first, breaking at 4-4 to give himself the chance to serve out the opening set but Murray fired back with his own break of serve to deny O’Connell the set and level things at 5-5.

The pair headed to a tiebreak where the world No 89 established an early lead before the Aussie qualifier bounced back and took it 7-4 as Murray was handed a warning for unsportsmanlike conduct as he threw his racket repeatedly at the end of the breaker.

He didn’t appear dejected, opening set two with a break to love and managed to save break-back point in the very next game.

Both Murray and O’Connell continued to hold serve until the end of the set, when the Brit hit a forehand past his opponent before winning the next two points to break again and take it 6-3, forcing a decider.

Murray was unable to capitalise on a break point during the fourth game of the final set, as both men continued to hold without much trouble until 4-4.

With the former world No 1 serving to put himself within a game of winning the match, he was forced to fend of four break points in a lengthy game that lasted more than 12 minutes before holding on for 5-4.

The pair traded holds of serve before th 34-year-old started closing in on victory at 6-5.

The victory marked Murray’s 699th career win, as he previously made no secret of his goal to reach 700. 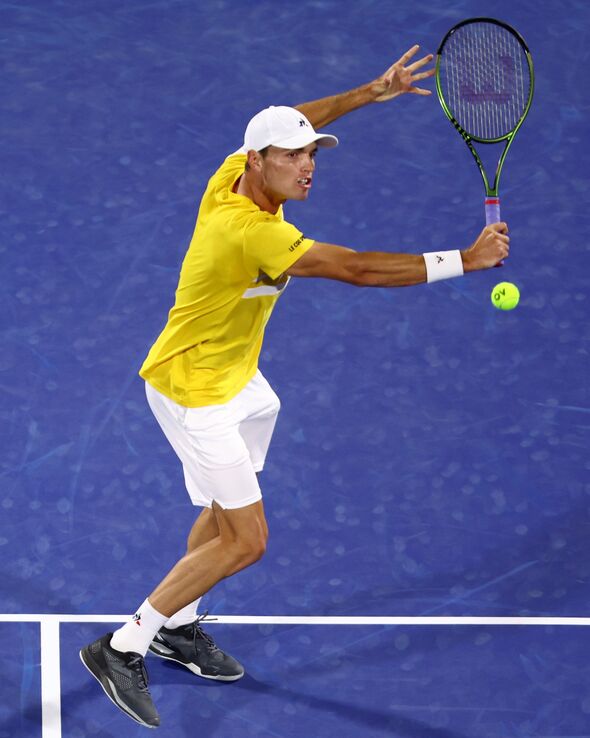 The three-time Grand Slam champion beat the Italian world No 10 in their only previous meeting in Stockholm at the end of the 2021 season.

It was his second top-ten win of the year, having overcome Hubert Hurkacz a few weeks earlier.