Andy Murray has criticised his mentality after crashing out of the Dubai Duty Free Tennis Championships. The Brit had returned to the tournament for the first time since 2017, when he won it as the world No 1, and was looking to reach a milestone 700th career victory against Jannik Sinner but was defeated by the Italian in straight sets.

Murray has suffered early exits at his last few tournaments going back to the Australian Open.

He made his first final in more than two years at the Sydney ATP 250 in January and has since lost in the second round of his last four tournaments in Melbourne, Rotterdam, Doha and Dubai.

The current world No 89 also parted ways with Jan De Witt at the conclusion of the Aussie Open, opting not to extend their trial period after splitting with long-time coach Jamie Delgado in the off-season.

After suffering yet another early loss at the Dubai Duty Free Championships where world No 10 Jannik Sinner ousted Murray 7-5 6-2 on Wednesday, the Brit has now outlined a problem with his mental toughness in matches.

The three-time Major champion’s opening win over qualifier Christopher O’Connell in Dubai marked his 699th career win, and Murray has made no secret of his goal to reach 700 match wins and 50 titles, currently holding 46.

Addressing his goal of getting one more win for the big 700, Murray said after his loss to Sinner: “Obviously it’s something I want to achieve. Unless something went horribly wrong in the next six, eight months, I will get to that number.”

While he predicted he would reach and surpass the milestone this season, he still took issue with his recent early losses and slammed his mentality.

“But, yeah, there’s no excuse for some of the performances I’ve had recently in terms of how I’ve been playing,” he added.

“I need time on the practice court. I need consistency in terms of the things that I’m working on, consistent messages.

“I mentally need to be a lot tougher than what I have been in some of my matches recently.”

Murray may also finally get the consistency he is after, hinting that he had a short-time coach lined up for after the upcoming ‘sunshine double’ of Masters 1000s.

The 34-year-old has been accompanied by his former mentor Dani Vallverdu in Rotterdam and the Middle East, with the Venezuelan currently coaching Stan Wawrinka full time as the Swiss prepares for a comeback from injury. 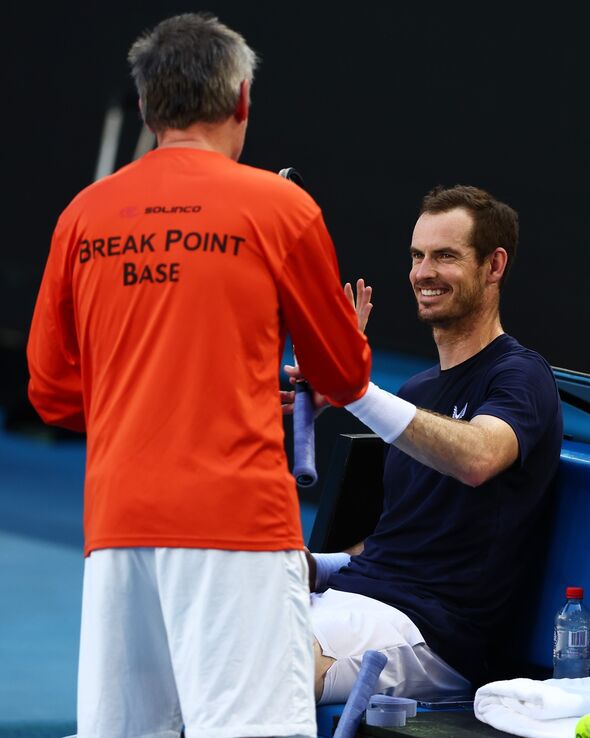 Having already confirmed he would be skipping the clay-court swing this year, Murray is now eyeing a coach for the run-up to the grass season as he looks set to complete a long training block in place of the clay.

“I’ve spoken to a couple of people. I got some stuff lined up post Miami,” he said.

Hinting at an upcoming announcement he added: “I have someone in the short-term who’s going to help me through until the grass season. You guys will be hearing about that in the next few days, I’d imagine.”