MIKE DICKSON: Andy Murray is just ONE win away from the magic 700 number on the ATP Tour… but veteran’s inspiring effort is tinged with sadness after the last 50 victories took four YEARS and eight months due to hip nightmare

Slowly, and sometimes in agonising fashion, Andy Murray is inching towards one of the landmarks that has kept him going through all the pain.

Should he defeat Jannik Sinner on Wednesday at the Dubai Duty Free Championships, he will become only the eighteenth male player in the post-1968 Open era to win 700 matches on the ATP Tour.

Recent evidence suggests that he will struggle against the world No 10, as backing up hard-fought wins has become increasingly arduous with his metal hip. 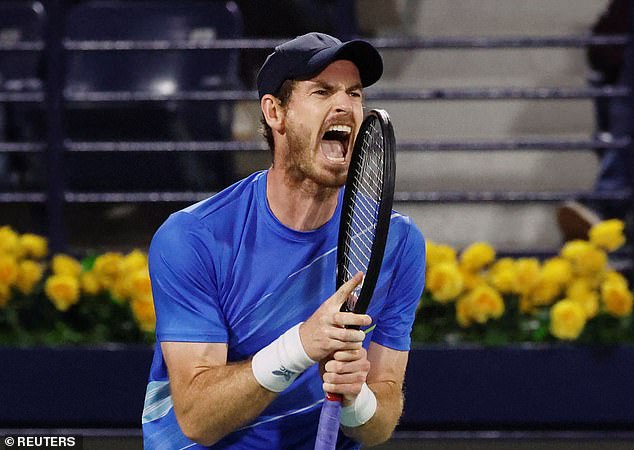 One such was his first round victory over Australian outsider Chris O’ Connell, in which he could scarcely contain his frustration at not being able to more easily see off the kind of player he used to overwhelm.

Often bent over double in self-excoriation, Murray got there in the end, and now he will summon up another effort. His bloody-minded determination is in many ways inspiring, even if the sight of a once great player struggling is tinged with melancholy.

His longevity is to be applauded, and reaching the 700-mark does not tell the whole story. He is twelfth in terms of percentage of matches won (76.2) and three of four best ever in that regard are contemporaries.

Rafael Nadal and Novak Djokovic are equal first on 83.2% and Roger Federer fourth, with Bjorn Borg the interloper from a previous generation. 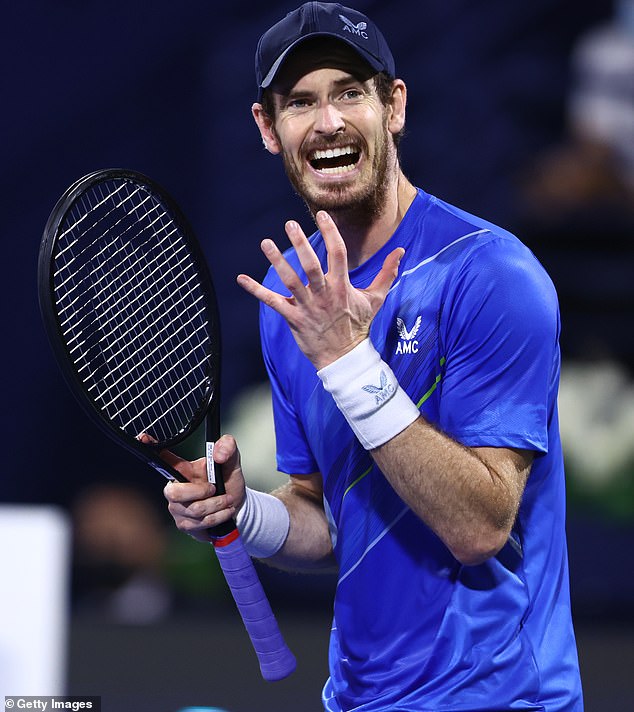 A further look at the numbers show how tough it has become for the 34 year-old Scot with his litany of hip-related problems.

Still he keeps driving himself on, even at a time when he is struggling to pin down a high-calibre coach to help him (old friend Dani Vallverdu is with him this week, having been loaned by regular employer Stan Wawrinka.)

Time was when noted coaches would have been falling over themselves to work with Murray. He reflected on why he still puts himself through it all, at a time when he has a young family and enough money to last them all a lifetime.

‘Because I have goals, and I still believe I can play much better,’ he said, pointing out that he has beaten twelve top 30 players since his hip injury first emerged.

‘The consistency certainly has not been there. I’m totally aware of that. But there has been times where I played well. The last sort of seven, eight months has been tough. I want to try and get my coaching situation sorted. That’s not easy, as well.

‘There’s a reason why obviously mostly guys on the tour travel with coaches. Having some continuity there I think will help me get a bit of consistency back.

‘The inconsistency for me has been more frustrating because I’m not sure exactly why it’s been so up and down. I need to try and change that.’

Murray will ditch the whole clay court season, and perhaps play a hard court Challenger event while that is on before preparing to try and maximise the brief grass court swing.

There are currently no plans for it to be his last, but nothing is certain. 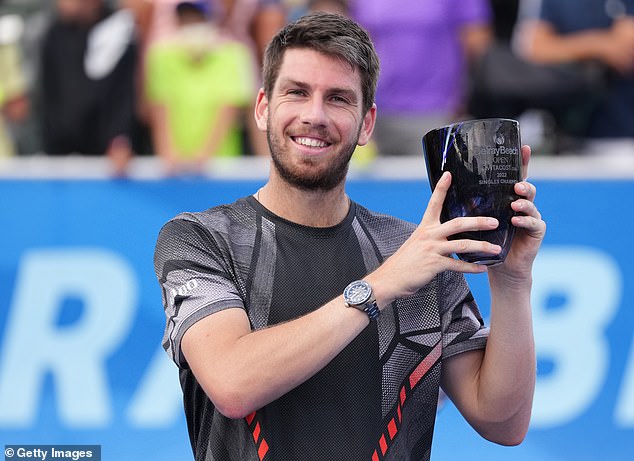 When he goes he will leave behind a British game which is slowly improving at elite level. That is being aided by the Lawn Tennis Association finally seeing that they need to restore the number of domestic world ranking tournaments to the kind of levels seen in the 2000s.

Last weekend was quietly a notably successful one for GB players at different levels, both home and away.

Lower down at the ITF Tour level, in Glasgow, two GB players won their second finals in consecutive weeks. Brighton’s Sonay Kartal, a contemporary of Emma Raducanu in the juniors, won the women’s event and Alastair Gray, a 23 year-old from Twickenham, took the men’s.

Four singles titles in one day at any tier of the tour is not to be sniffed at.