Off-court glamour! Serena Williams, 40, sizzles in a little black dress… after saying she is looking forward to retiring from tennis so she can be ‘free’

The 40-year-old tennis pro was modeling the one-arm number she designed for her clothing line, adding short black boots for an image shared to Instagram.

All the mother-of-one wrote in her caption was that she had on a ‘LBD’ as she opted to keep the information sparse.

In a group shot with several models, the star shared the caption: ‘New for @serena. I designed a collection of dresses inspired by strong women and our ability to show up as our best selves, always. Best Dressed available to shop now.’

She said the image was taken by Travis Matthews.

Earlier this week the athlete was seen in a tight brown dress as she sat and laid down in a white backdrop studio.

This comes after she and sister Venus Williams stunned in black swimsuits on the cover of the March issue of Harpers’s Bazaar. 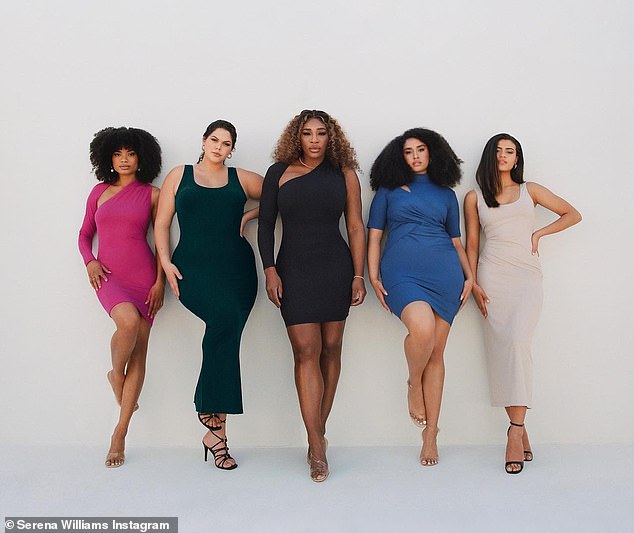 The tennis superstars donned sexy one-shoulder one-pieces for the fashion magazine’s Legacy Issue and talked about life after future retirement in the accompanying interview.

She continued, ‘So I think for Serena and I to explore that freedom is surreal. We’ve never been free.’

On the cover image, Serena rested her cheek on her sister’s toned bicep as they gazed down at the camera.

Serena showcased her incredible figure in a Norma Kamali one-piece and accessorized with dazzling Cartier High Jewelry including diamond necklaces and large round earrings. 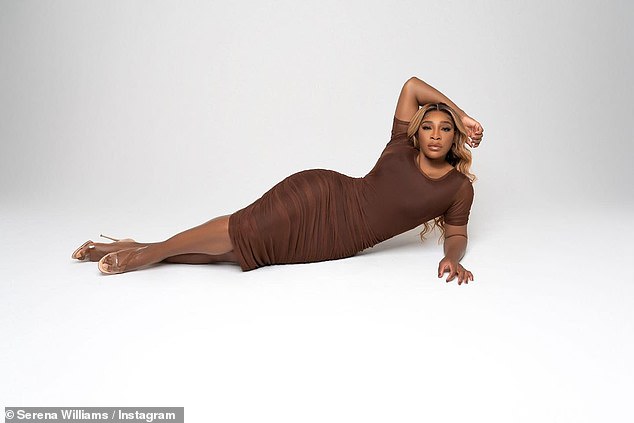 Venus’s svelte physique was on full display in her Sara Christina swimsuit which she paired with diamond drop Panthère De Cartier earrings.

The siblings sported similar hairstyles with their long locks braided back from their foreheads and down in voluminous waves.

The four-time Olympic champions modeled the swimsuits as they struck identical poses with their hands on their hips for a photo inside the magazine.

In the interview, Venus jokingly elaborated on their plans after they eventually retire from tennis.

She told the magazine, ‘Serena and I say we’re going to become body builders after tennis. It might be extreme. It might not happen exactly like that, but you never know.’

Meanwhile, Serena explained that contemplating her legacy does not factor in to her daily life. 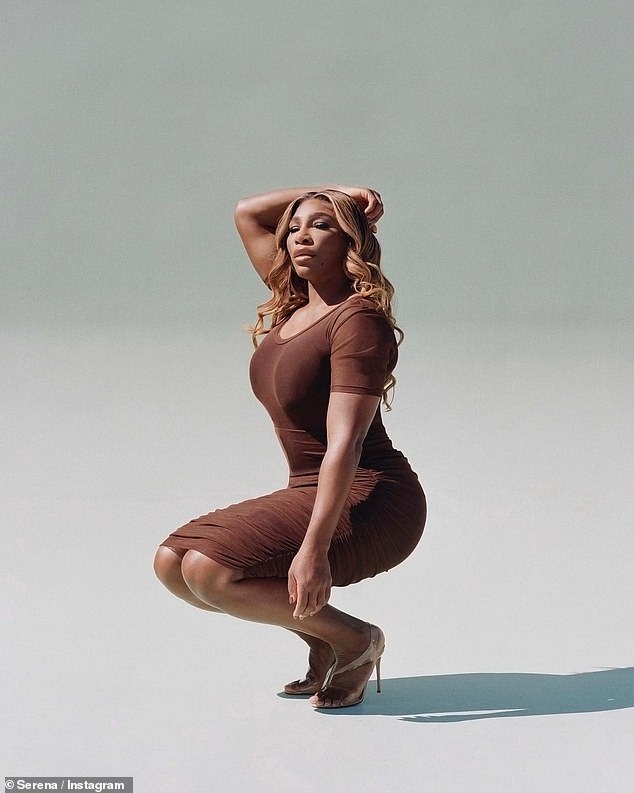 ‘That’s something I don’t think about nor do I want,’ she said. ‘I don’t want to think about what I’m leaving. I just think about who I am every single day behind closed doors and behind cameras. And that’s what I focus on.’

Venus was also reticent to discuss the impact of her legacy, saying, ‘I’m so inspired by other changemakers too.

‘I absolutely love design. I love mentoring. I love passing on what I know.’

While both sisters have achieved remarkable feats in their long careers, Venus was quick to heap praise on her sister, mentioning Serena’s 23 Grand Slam titles.

‘Serena is the one with all the trophies,’ she told Harper’s, despite herself having been crowned a Grand Slam champion seven times. 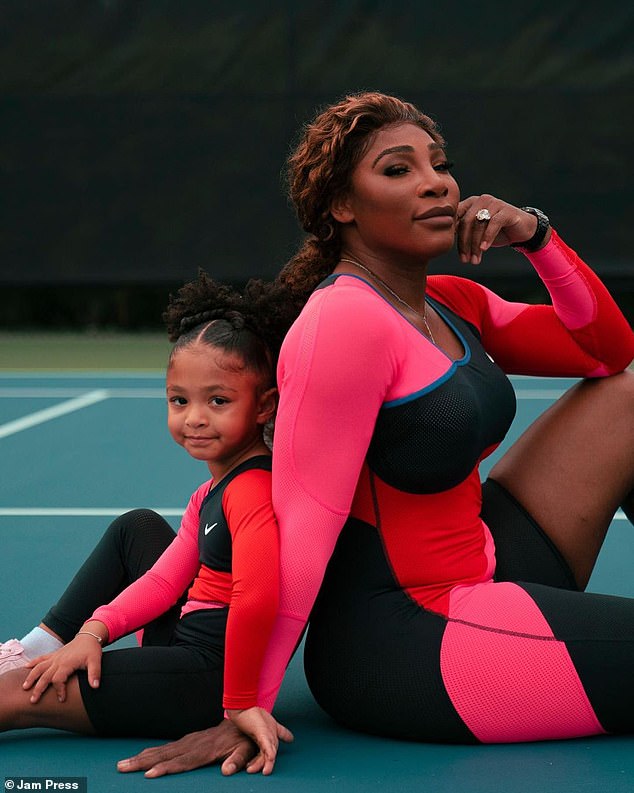 Venus also reflected on the media’s coverage of the sisters in their earlier careers.

‘Usually in one family there’s one good player and then the other one is not that great, Venus said.

She continued, ‘And I think people told Serena she wouldn’t be great.

‘The fearlessness with which she approached the game was something I’ve always really admired.

‘She doesn’t accept second. She explicitly told me herself that she plays for first place.’

King Richard follows Venus and Serena’s rise to greatness but largely centers on their father Richard, played by Will Smith. 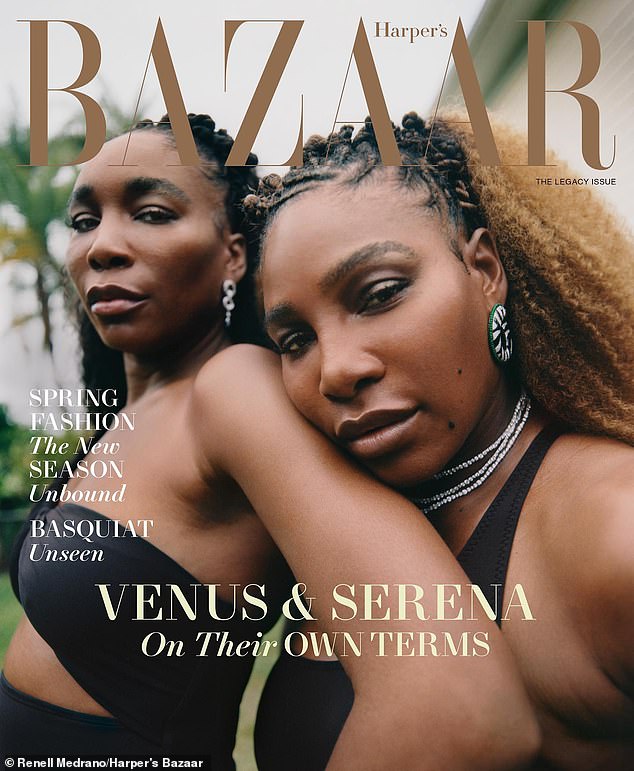 Venus said, ‘I don’t think people even thought about what happened before we turned pro.

She explained her own view of the film, comparing King Richard to a superhero movie.

‘I am a dreamer, and I love Marvel,’ Serena told Harper’s.

‘I think King Richard is like Iron Man and that there still are other stories around it.

‘When I look at it, I see it just encompassing this whole superhero kind of thing.’

Serena explained how the film’s portrayal of their father, who prioritized their health and happiness over their careers, defied many people’s common perception of pro athletes’ parents. 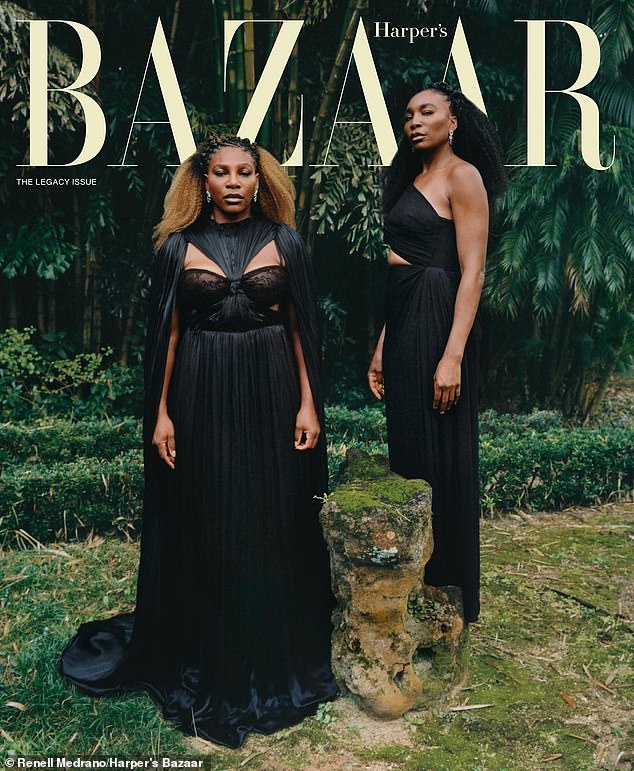 ‘A lot of people get this different story of sports fathers—especially tennis fathers, who are really overbearing,’ she said. ‘And that wasn’t necessarily my dad.

‘Everyone’s like, ‘Well, how do you play tennis for so long?’ It’s because we weren’t raised in an environment where it was something that we abhorred.’

Serena said that she was often hesitant to tell her father about her injuries as she knew he would insist that she rest before continuing to play. ‘He’s always like, ‘Take your time. You’ll be okay. Don’t play.’ ‘