Tyson Fury taunted Deontay Wilder in a video on the two-year anniversary of their second fight.

When the heavyweight rivals first met in December 2018, many felt the Brit won, though the judges scored the fight a draw. 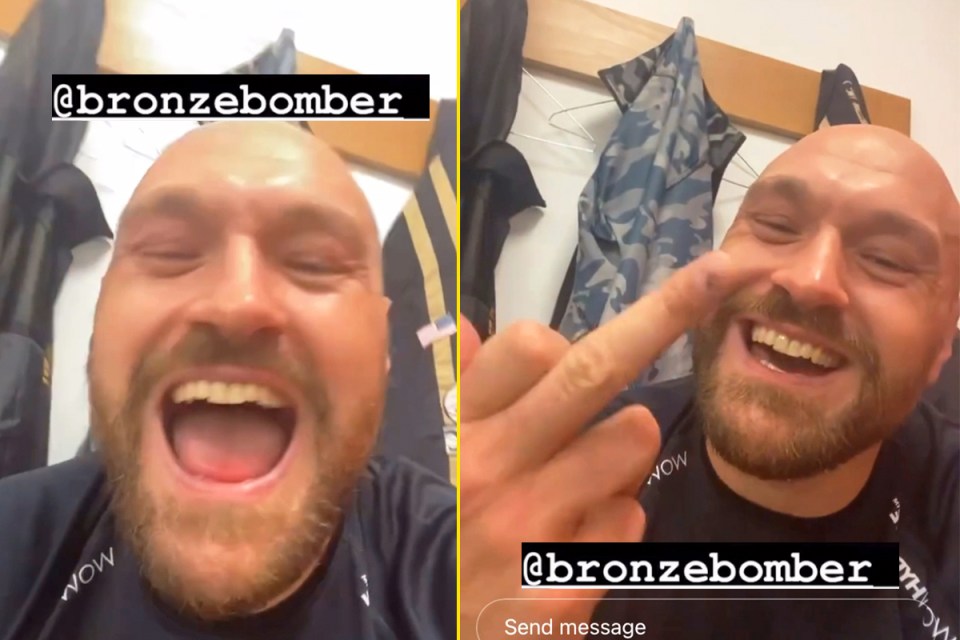 In their February 2020 rematch, though, no one was in doubt about the result.

He changed tactics and stormed forwards on the front foot, taking Wilder completely by surprise.

Fury floored his foe in rounds three and five, before forcing his corner to throw in the towel in round seven for a knockout win.

They then fought again in October 2021 with the Gypsy King scoring a conclusive KO to end their rivalry… or so we thought.

In the aftermath of the second fight, Wilder baselessly accused Fury of cheating to win.

Following the third fight though, he put out a classy statement congratulating his opponent and Fury reciprocated with a birthday message just days later.

Now though, not for the first time, Fury has changed his tune.

“Happy anniversary to me,” he said in an Instagram video on Tuesday morning.

He then laughed out loud, raised his middle finger and added: “Sucker.”

It is not clear what, if anything, has provoked this latest taunt from Fury to Wilder.

Last week, Wilder revealed that he is still yet to make a decision on his boxing future and is considering trying psychedelic brew Ayahuasca in order to help him do so.

Wilder explained on the Byron Scott Podcast: “I think I’m gonna take a trip I gotta do.

“Ayahuasca is something you take in a spiritual journey, you’re using DMT and stuff like that.

“I’ve been really interested in that, getting shamans and stuff like that, I wanna go down this journey, this path…

“It’s gonna help me navigate my decision making of whether I wanna return to the sport or not.”

Fury is now gearing up to defend his title against Dillian Whyte on April 23.