WWE star Sasha Banks knew how to rake in the likes as she pumped up an inflatable outdoor hot tub while in a tiny bikini top on Instagram. The 30-year-old delighted her 5.3 million followers while in swimwear towards the start of the pandemic, posting footage of herself that was so candid, it even saw her falling over. The pro wrestler made sure fans saw her rock-hard figure, although there was a fun side as the pool pumping didn’t quite go to plan. 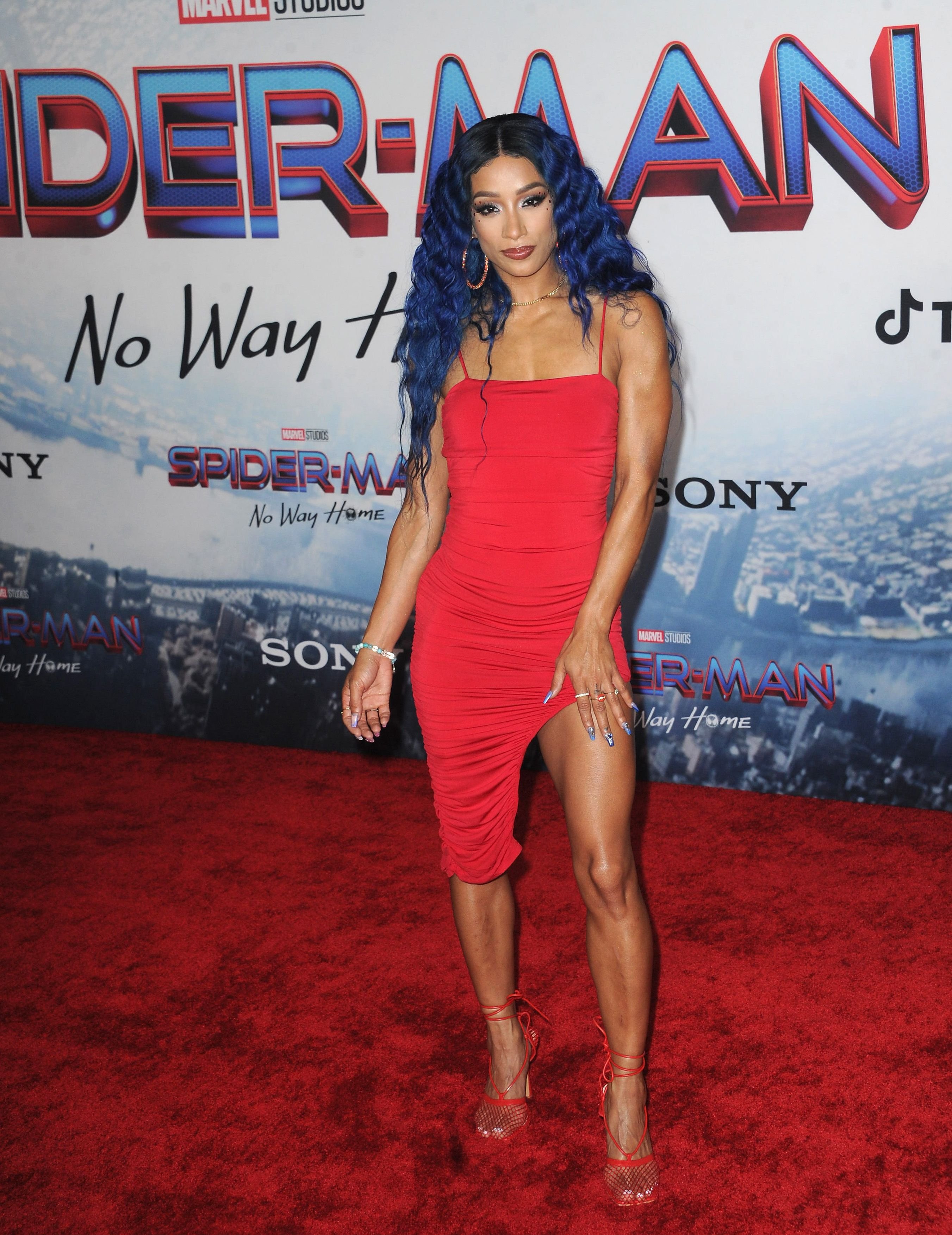 Scroll for the video. It showed Sasha solo, amid grass, and basically getting to work as she exhaustively pumped up a blue and family-sized hot tub. The blue-haired beauty wore teeny tiny pink shorts flaunting her toned legs, also opting for a tiny patterned bikini top. She didn’t show her face too much, but plenty of pumping action offered a view of her steely-strong and gym-honed arms.

The very end of the video came with a bit of a mishap – Banks lost her balance briefly, winding up plonked at the other side of the hot tub. Fans didn’t seem to mind. “Don’t let me get in my zone” was Sasha’s caption – showing her sense of humor, the star threw in a cry-face emoji.

“Oh my hahaha,” one fan replied, adding that the video was hilarious, but not her “falling.” Over 955,000 views have been clocked – not bad when you’re not a Kardashian.

Secret Behind Her Body

Everyone knows what the WWE stars eat – although everyone knows they burn it off. Sasha has opened up on her diet, revealing a healthy but not-too-obsessive approach. In fact, she saves cash by avoiding eating out and cooking up a storm in her kitchen.

“It’s probably saving me like $200 a week by making my own food. I make ground turkey, ground buffalo, chicken and vegetables. I feel like my body has changed completely knowing what ingredients you’re putting in your body,” she told Fox Sports.

Olive Garden and Panera might offer low-cal options, but Sasha also admitted not being impressed with attempts to eat out healthily.

“When I first started (wrestling) I would try and find healthy restaurants which is really hard,” she continued. “A lot of tons only have fast food. Recently a lot of the boys started bringing their own food on the road and I decided to do the same thing.”