Bianca was involved in a match tonight against Doudrop. She picked up a win over the Scottish lady, and while celebrating her victory, Becky attacked her viciously from behind. The EST of WWE had a steel chair around her neck, and Becky then used Bianca’s braid to slam her into the ring post and cause a throat injury. After the vicious assault, WWE took to Twitter to give an update on the injury of the former Smackdown Women’s Champion. 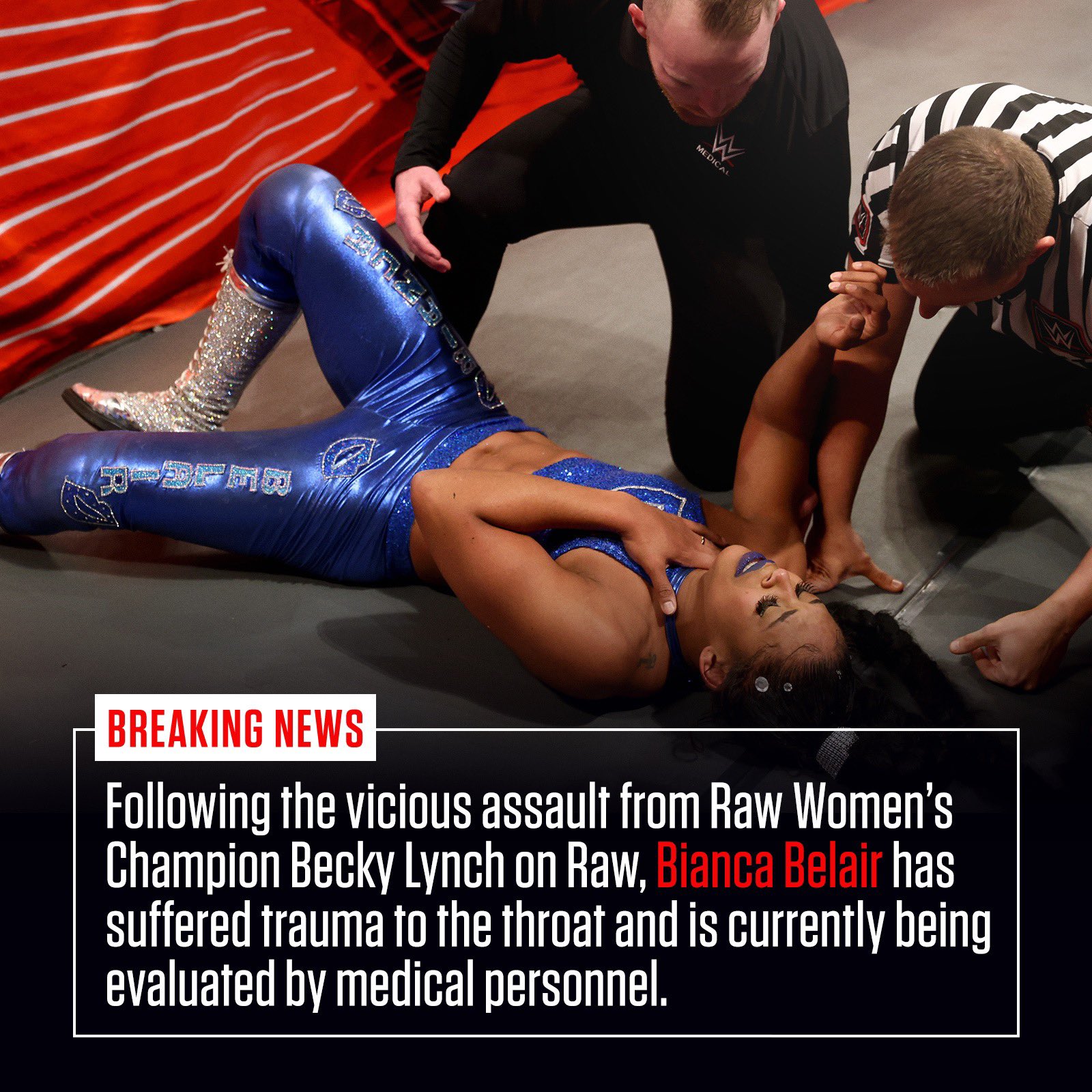 The feud between Bianca Belair and Becky Lynch has been heating up week after week. First, Bianca Belair whipped her braid in the abdomen of Big Time Becks two weeks back, and now Becky returned the favor with this vicious assault.

It should be noted that this attack and injury is just a part of the storyline. To make this injury legit, Bianca will be missing Monday Night Raw for a week or two to return strongly and set the stage on fire at Wrestlemania 38. The final frontier for the two formidable opponents is Wrestlemania 38 and both ladies will be firing all cylinders to be called the Raw Women’s Champion post Wrestlemania. Stay tuned with us for further updates on Bianca Belair’s injury.