Two-time Wimbledon Winner Andy Murray hasn’t had a great time on the court this season so far. While the Brit tries to improve his consistency on-court, he has proved that he is a generous champion off the court with his recent gesture.

On social media, the former world no.1 announced that he will donate earnings from the prize money he earns this season to help the Ukrainian. Andy felt numerous kids were at risk due to the current conflict between Russia and Ukraine.

Many people across sports and scores of fans praised Murray for his contribution. Joining the long list of sporting personalities to laud the Brit was American legendary tennis player, Chris Evert. 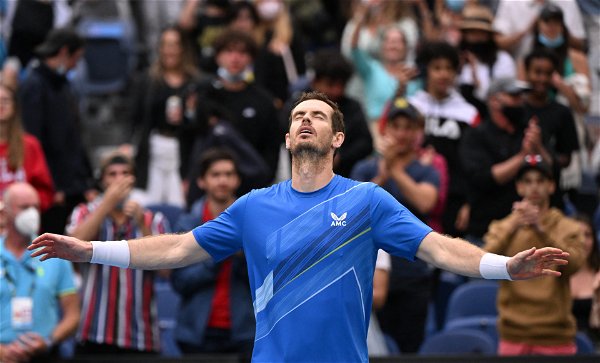 18-time Grand Slam champion, Chris Evert has always been an admirer of Murray for the way he is fighting to stay competitive on-court. Following the announcement, Evert took to Twitter and wrote, “He just continues to impress, to show who he is, what he is made of…”

He just continues to impress, to show who he is, what he is made of…❤️❤️❤️@andy_murray https://t.co/o3EJ6m8pZN

Earlier on the 8th of March, Murray informed that he was working with UNICEF to help all the Ukrainian kids with medical supplies and early development kits. Andy is UNICEF’s UK ambassador.

“Over 7.5m children are at risk with the escalating conflict in Ukraine, so I’m working with UNICEF UK to help provide urgent medical supplies and early childhood development kits. It’s vital education continues, so UNICEF is working to enable access to learning for displaced children, as well as supporting the rehabilitation of damaged schools, together with replacement equipment and furniture.”

It’s vital education continues, so UNICEF is working to enable access to learning for displaced children, as well as supporting the rehabilitation of damaged schools, together with replacement equipment and furniture. 2/3

Meanwhile, ATP, WTA, ITF, and all the four Grand Slams have promised to donate $100,000 each (total $700,000) to help Ukraine in the on-going time of crisis. Not just Murray, players from both the tours have not just expressed solidarity but also are doing their best to send help to those in need amidst the war.