Serena Williams: ‘I should have been at like 30 or 32’ grand slam singles titles

“I should have been at like 30 or 32 (grand slam singles titles),” Williams told CNN’s Christiane Amanpour.
“I should have had it (the record), really, I’ve had many opportunities to have it. But I’m not giving up.”
Williams was forced to miss January’s Australian Open following the advice of her medical team, announcing in December that she wasn’t “where I need to be physically to compete.”
Speaking to Amanpour in Paris, Williams said she will play at the French Open in May — the next grand slam in the tennis calendar — if her body allows.
“Paris is one of my favorite cities, and I actually love the clay. So we’ll see what happens. Hopefully if my body is holding up, then I’ll definitely be there.”

Williams’ rise from a young girl learning to play tennis on dilapidated courts in Compton, California, to become one of the most successful and decorated athletes in history is the stuff of legend.
Now immortalized in the Hollywood film “King Richard” — which Williams and her sister Venus executive produced — their father was pivotal in the duo’s development as players.
Played by Will Smith, the film shows how Richard Williams catapulted his daughters to tennis stardom. 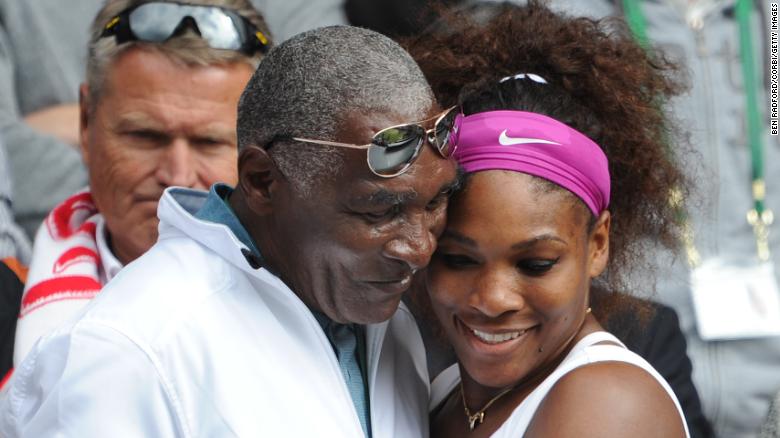 Serena Williams hugs her father, Richard, after winning Wimbledon in 2012.
Often portrayed as a divisive and eccentric character, Williams told CNN how the sisters aimed to change the narrative around their dad.
“Unfortunately, entering a new sport where it’s predominantly, you know, White and having my dad have like this villain character, when it just wasn’t true, just having to deal with that my entire career, from day one to the very end, was just really important for us just to tell the truth,” she said.
“You know, in order to be an athlete, especially in a single sport, it takes a lot of work, and it takes a lot of dedication. And I look at my daughter and I say, ‘Wow, I don’t think I could do what my dad did every single day.’ It’s a lot of work.”
Serena’s older sister Venus paved the way, turning professional one year earlier than her, winning seven grand slam singles titles so far in her career. Venus still competes on the tour, aged 41.
Initially, Serena lived in Venus’ shadow.
“My sister was much better than me. I was not very good growing up. And so, everyone was focused on Venus. And in the film, it goes into that, how when we had an opportunity to have better coaches, they saw that Venus was the one.
“And so, that was devastating for me … but helpful. Because if that hadn’t happened, I wouldn’t have had the career that I have because I felt like I just had to prove and just had to win.” 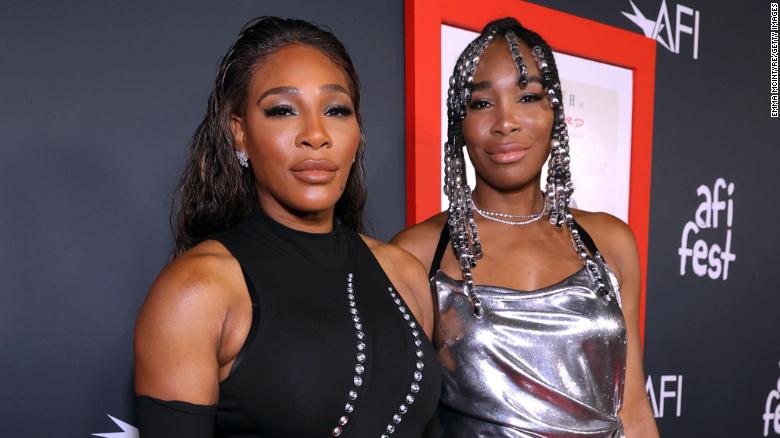 Williams turned to her mother, Oracene Price, who played a critical but often overlooked role in her success.
“I just had to work with mom. I didn’t get to work with the prestigious coaches or anything. And my mom made me tough mentally,” she added.

‘We had to be better’

Serena, Venus and their dad came up against racism throughout their careers, most notably in 2001 at Indian Wells.
Asked by Amanpour how they perceived and overcame the racism that they experienced as tennis players in a predominantly White sport, Williams responded: “We changed it from being two great Black champions to being the best ever, period. And that’s what we did. We took out color, and we just became the best.
“And yes, we had to play harder, and we had to be better, but it made us better.
“And at the end of the day, every time we faced a challenge and every time we overcame that challenge, we created Venus and Serena.”
Williams also discussed her venture fund Serena Ventures, which this week announced $111 million had been raised to invest in founders of diverse backgrounds.
“It’s really about diversity,” Williams told Amanpour, explaining that she was spurred to action when she learnt that less than 2% of all venture capital money went to women.
“Because of tennis, I have a way to impact VC in a different way and bringing diversity to that as well,” she said. 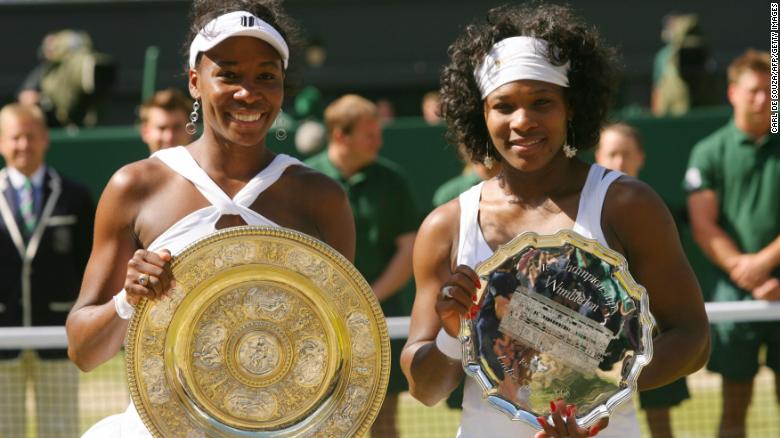 At times, Williams has shown anger and exasperation with umpires on the court, most infamously at the 2018 US Open final which she lost to Naomi Osaka.
She was heavily criticized and fined over the episode.
Amanpour asked Williams if she feels double standards exist in the sport, given men routinely act out at umpires, often with impunity. 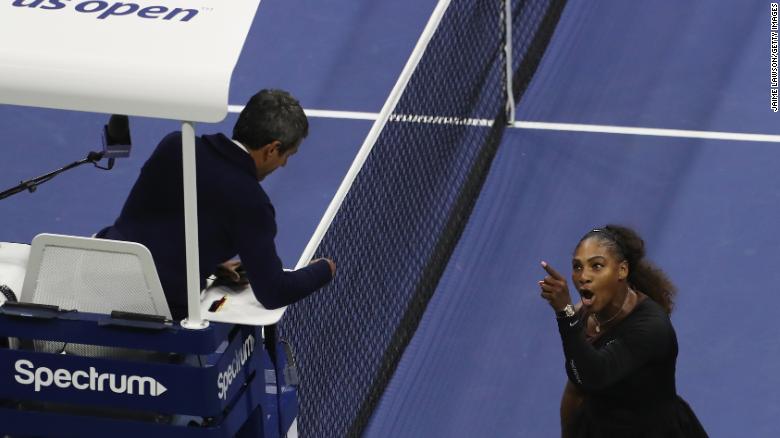 Responding to a recent incident involving German player Alexander Zverev, in which he struck the umpire’s chair multiple times with his racket and was subsequently withdrawn from the Mexican Open and fined, Williams said: “There is absolutely a double standard. I would probably be in jail if I did that. Like literally, no joke.”
And as she chases Court’s grand slam record, Williams is also aware that her career and life won’t only be defined by how many titles she might win.
“I am who I am, I love who I am — I love the impact that I’ve had on people, that I continue to have on people,” said Williams, who Amanpour interviewed on February 28, four days after Russia invaded Ukraine.
“Right now the world in such turmoil … when you look at what’s happening in Ukraine and Russia, it’s just sad to see,” added Williams.
“Human life … is so valuable, and it doesn’t matter who you are, where you’re from, it should be amazing and of value.”
Tags: Alexander ZverevAustralian OpenChristiane Amanpour.French OpenGOATGrand SlamMargaretParisRussiaSerena WilliamsUkraineWilliamswomen's tennis