Conor McGregor has confirmed his plan to move up to welterweight when he returns to action in the UFC.

The Irishman, who was speaking outside of court in Dublin following an arrest for alleged dangerous driving in March, also said he is back in training.

McGregor told the Mirror: ‘Straight back into training. I’m looking forward to getting back into the octagon – we’ll see what happens, the leg’s getting better every day, I think 170 is where I’m aiming for, I feel good at this weight.’

Kamaru Usman currently reigns supreme as the champion at 170-pounds and is the pound-for-pound No 1.

Welterweight is filled with top quality opposition such as Colby Covington, Leon Edwards, Gilbert Burns and Khamzat Chimaev, so there would be plenty of options for the Dubliner.

His last victory came at welterweight, against Donald Cerrone at the start of 2020 and clearly he feels he has the frame to compete with the elite of the division. 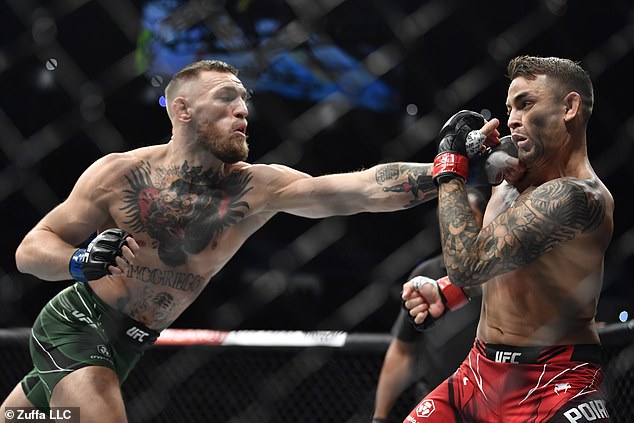 Other than that win over ‘Cowboy’, McGregor has not had his hand raised in the octagon since he became two-weight champion by beating Eddie Alvarez in 2016.

He suffered a stoppage defeat by Dustin Poirier last January and broke his leg in their rematch.

The 33-year-old has been rehabilitating the injury ever since and now has a metal plate in the limb. Even without much success in the cage over the last five years, McGregor remains arguably the biggest name in MMA.

No doubt the coming weeks will see a number of welterweights angle themselves towards a fight with him for a guaranteed bumper payday. 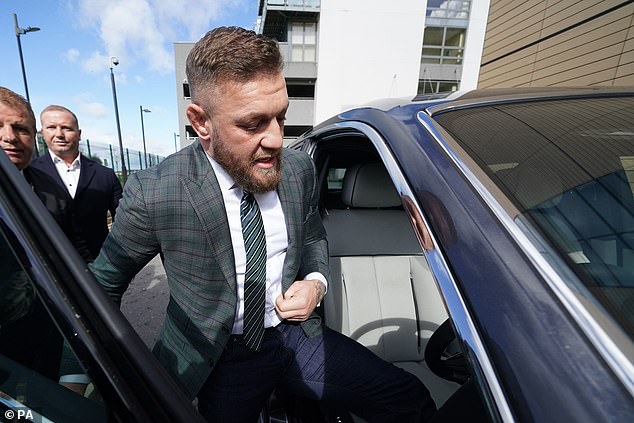