‘That just isn’t the Traveller way’: Paris Fury reveals why she and Tyson haven’t hired help with their six children – with the doting mum calling it her ‘duty and privilege’ to care for them

She is a proud mother to six children. And despite having her hands full, doting Paris Fury has revealed why she hasn’t hired help with her brood.

Paris, 32, shares Prince John James, Prince Tyson Fury II, Prince Adonis, Venezuela, Valencia and Athena, with boxer husband Tyson, 32, – who is said to be worth £70million – and she insists receiving outside help is ‘not the Traveller way.’

In her biography Love and Fury: The Magic and Mayhem of Life with Tyson, Paris revealed the reason why, despite being able to afford it, they haven’t sought help.

‘Sometimes people would ask me why I didn’t employ any hired help – it wasn’t as if we couldn’t afford it – but that just wasn’t the Traveller way.

‘As proud and dedicated wives and mothers, we considered it our duty and our privilege to look after our homes and children ourselves,’ she explained. 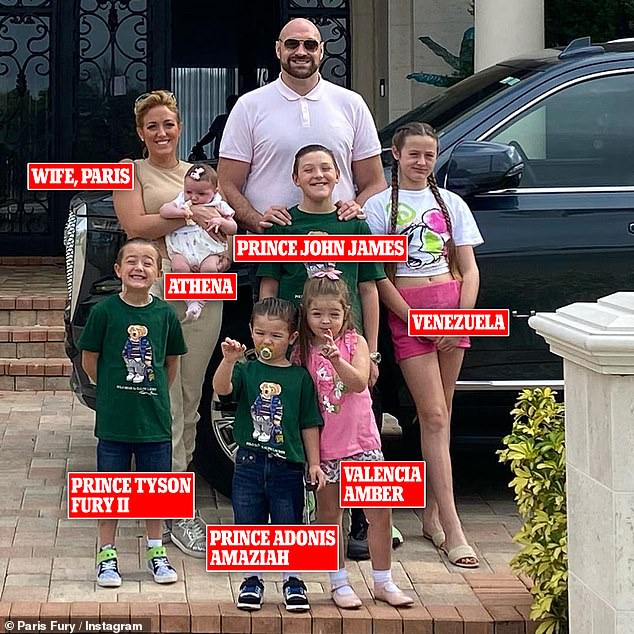 Keen to set a good example to her children, Paris, who is a practising Catholic and was raised in an Irish Traveller family, continued: ‘I didn’t like the idea of them growing up with chefs and cleaners grafting away around us while I waltzed around all day looking glamorous.’

Paris and her two-time world heavyweight champion husband have been together since they were teenagers. She is not resentful that his fight preparations and training camps means he can be away for up to eight weeks at a time.

‘I wasn’t the only wife whose husband’s job took him away from home – but being constantly on the go from Monday to Sunday proved to be really tough,’ she admitted. 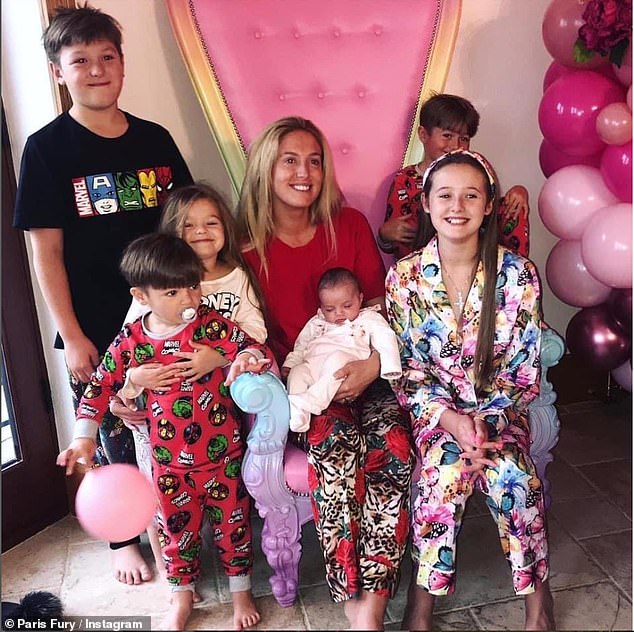 Running her household is not an easy task at times, with Morecambe-based Paris walking up to 12 miles a day to keep up with her children.

‘Just get on with it, Paris, I’d say to myself as I washed, dusted and vacuumed. I tried to take it all in my stride and be everything to everyone, like I was some kind of superwoman,’ she said.

A ‘nightly morale-boosting phone call’ with Tyson hears him telling her to go and ‘put your feet up’, noting that she sounds ‘shattered.’

Paris added that the pair have not forgotten their humble roots and are raising their children in line with Traveller traditions.