Emma Raducanu has been told by Barbara Schett that she may not need to hire a full-time coach. The Eurosport presenter was surprised to hear the pair had parted ways after just five months working together.

Since the shock announcement Raducanu has been playing on the clay courts and has been impressive thus far, reaching the quarter-finals of the Stuttgart Open and will contest a round of 16 clash in Madrid later today. These are her best results since reaching the last eight of the Transylvanian Open last October and Schett thinks hiring a full-time coach should not be a priority for the moment.

“It was a bit of a shock to hear that she split with Torben Beltz,” she said on Eurosport. “But you never know. You have to work with somebody together for a few months to actually see if you’re fitting or not. But I think even though Emma has had a few coaches along the way, in the last year or two, she’s been really inhaling some sort of information from each of them, which actually makes her a bit of a better tennis player, and I think it shows in her form now.

“Maybe she is a player who doesn’t need a full-time coach. Maybe she needs a hitting partner who travels with her who she can hit with all the time. She is still figuring all of that out, but at the moment, it looks like she’s really on the right track.

“She’s happy to learn. I mean, she’s like a sponge. She [takes on] every [bit of] information, all the information in.” The US Open champion has shown encouraging signs in her first clay-court season and Schett thinks she can be a threat at Roland Garros, despite her limited experience playing on the surface.

“Why shouldn’t she play good tennis on the clay, even though she probably hasn’t practised or hasn’t trained much on it?” the former tennis player added. “But once that movement is good on the clay, she knows how to slide and she knows how to move towards the ball. And she’s an absolute phenomenal athlete.

“She can do really well on clay, but I did not expect her going all the way, that’s for sure. I don’t think people will expect Emma Raducanu to win the French Open but, you know, she could definitely be dangerous.” 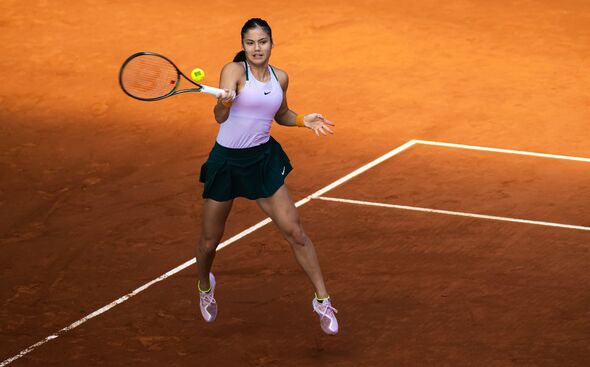