Paris Fury enjoyed a family day out with her husband Tyson and their six children over the bank holiday.

The media personality looked on cloud nine as she posed for a snap alongside her brood who all donned matching red tracksuits.

Paris bucked the trend as she opted for a white v-neck top which she wore with a matching pair of jeans.

Tyson, 32, shared the snap to his Instagram and wrote: ‘The only things we truly have is moments in time, how will u spend yours?’

Sharing the snap on his Instagram Stories, the professional boxer added: ‘Lovely day out with the fam’.

The post comes after it was claimed that Paris is expecting her seventh child with the boxer. 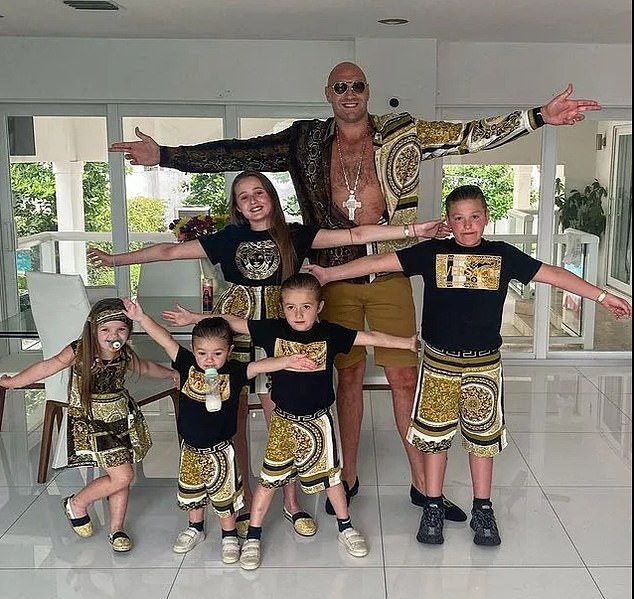 It wasn’t long before added: ‘I think Paris, his wife, is pregnant.’

Tyson recently celebrated his win over Dillian Whyte at Wembley Stadium with a Sunday full of his favourite foods, alongside his victorious brother Tommy.

The Gypsy King retained his world heavyweight title in front of a record British crowd of 94,000 fans at Wembley on April 23 while his younger brother claimed victory against Daniel Bocianski in their light heavyweight fight. 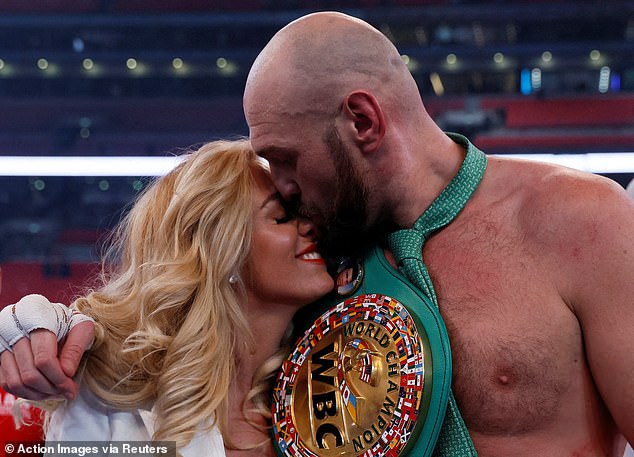 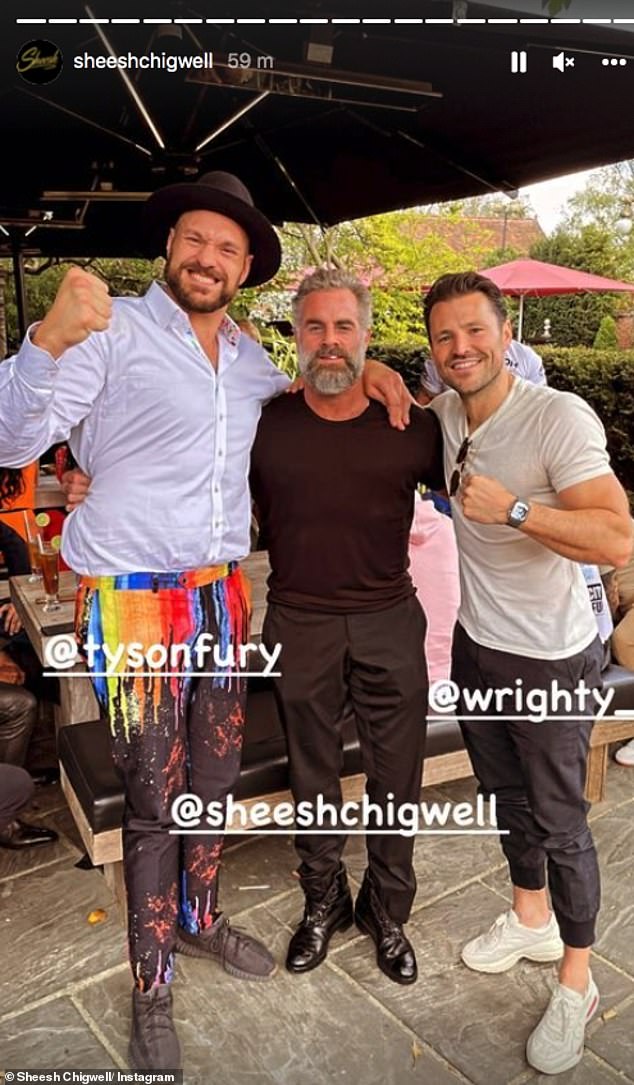 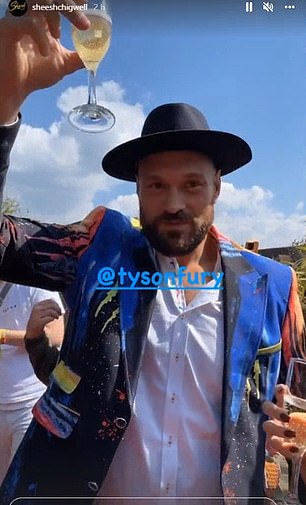 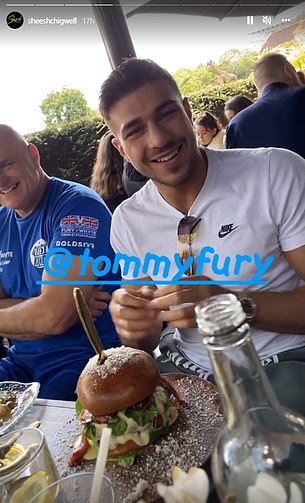 The brothers kicked off their Sunday with a lavish breakfast with Paris and Tommy’s girlfriend Molly-Mae Hague, who proudly shared a slew of Instagram snaps for her 6.3million followers, before hitting Sheesh Restaurant in Chigwell Essex with pals James Argent and Mark Wright.

The brothers and their loved ones were pictured arriving a Sheesh, a favourite haunt of the TOWIE cast, for a lavish lunch the day after their fights.

Family and friends including the brothers’ father John joined the party, along with ex TOWIE stars Mark Wright and James Argent.

Arg was pictured showing off his recent 14 stone weight loss as he arrived at the eatery with his shirt off and surrounded by his raucous pals.

In a video shared by Sheesh on Instagram he can be heard saying after the burger is bought over: ‘I’ve been waiting 12 weeks for this!’ 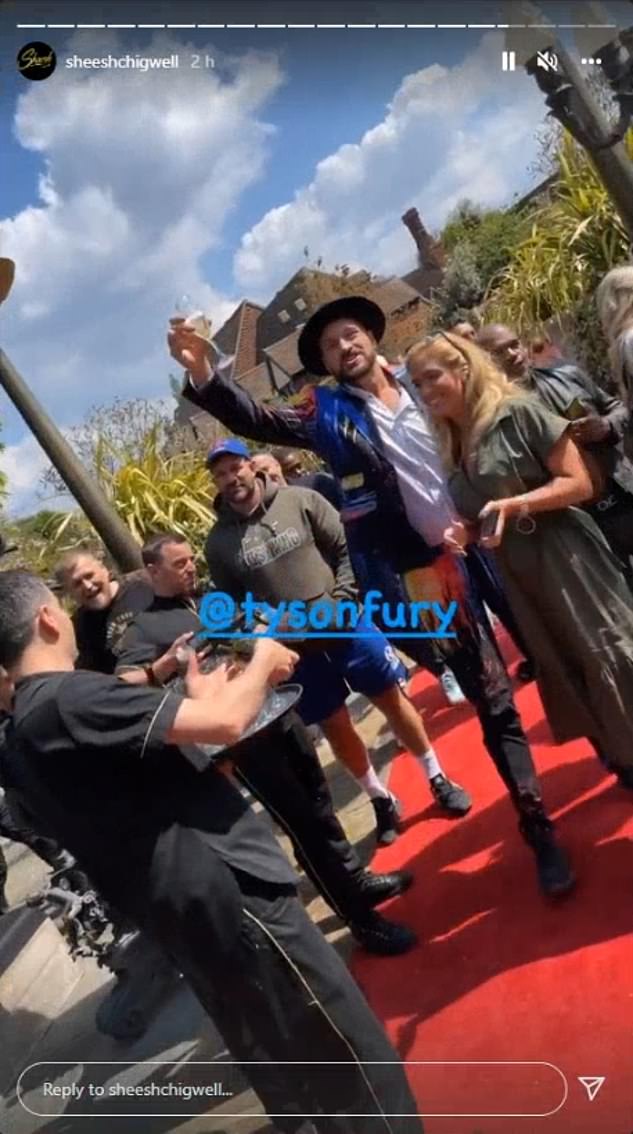