Tyson Fury, 33, recently announced his retirement following his impressive victory over Dillian Whyte. ‘The Gypsy King’ seems to be enjoying his family life. His six-year-old son, Prince Adonis Amaziah, appears to have ambitions of following in his father’s career footsteps. However, his idol appears to be one of Fury’s past enemies.

The infant was always likely to adopt the love for boxing that runs through the Fury bloodline. While supporting his father, young Prince’s eyes seem to have drawn toward ‘The Gypsy King’s old rival, Deontay Wilder.

The WBC Heavyweight Champion asked his son: “What do you want to be when you’re older?”

His son replied: “A boxer.”

Upon further discussion, Fury’s son hilariously revealed that he would become like Deontay Wilder.

The heavyweight pair, of course, shared the ring together in an epic trilogy that lasted from December 2018 to October 2021. Tyson Fury ultimately came out victorious, taking away Wilder’s WBC Heavyweight Title after a brutal knockout.

As impressive as the Brit was during the trilogy, the toddler was likely captivated by the explosive and aggressive boxing style of ‘The Bronze Bomber’. 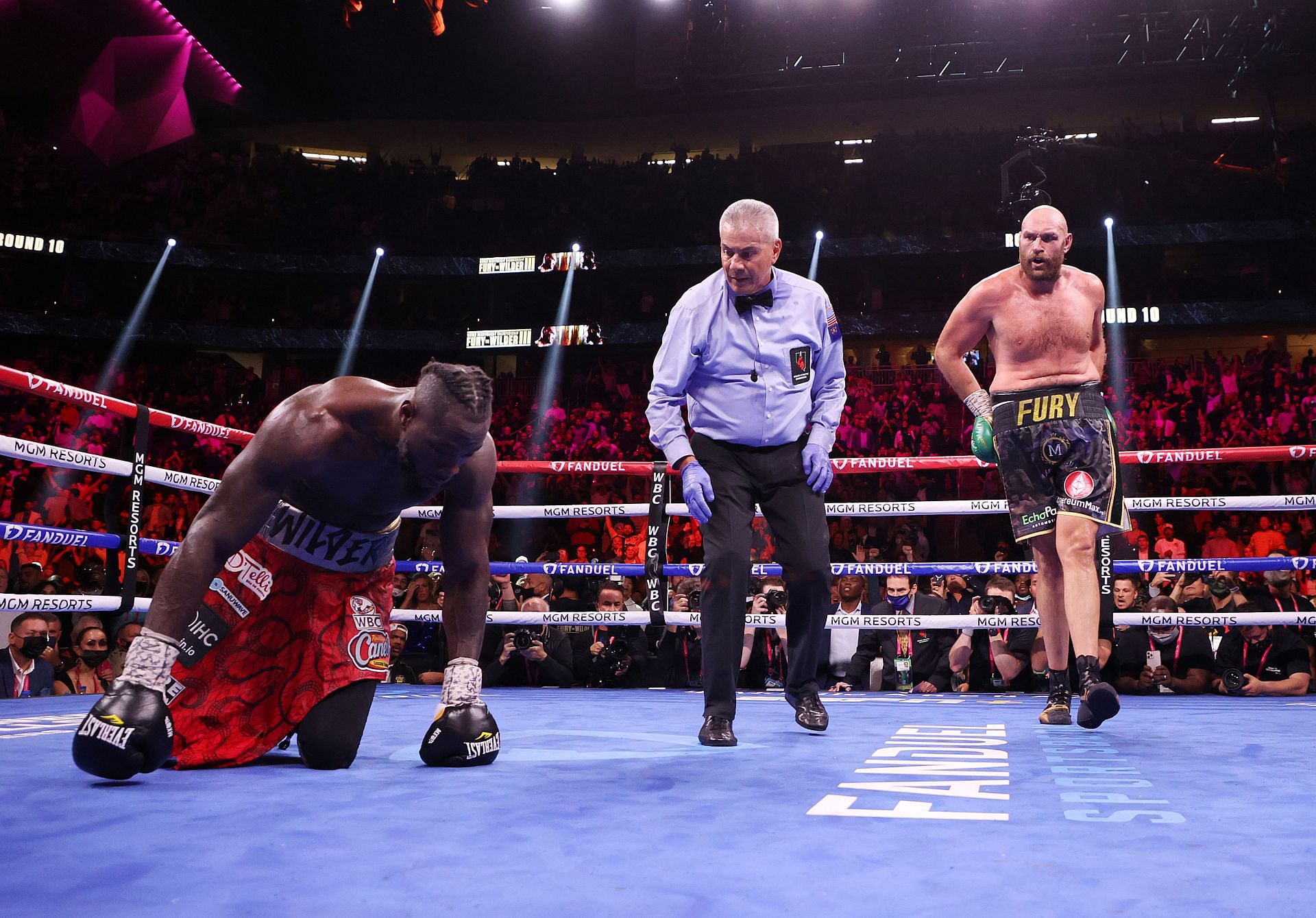 Most notably, the young athlete has been involved in a long-running rivalry with YouTube superstar and boxer, Jake Paul. However, the mega fight didn’t come to fruition due to ‘TNT’ receiving an injury that forced him into pulling out of the fight.

Hughie Fury, 27, is a name that’s more commonly known in the boxing industry due to being more established in his career. Although the heavyweight fell short when he challenged for the WBO Heavyweight Title in 2017, he could still one day earn another title shot and everybody knows that anything can happen in heavyweight boxing.

Despite this, Hughie Fury has a tough task of reaching anywhere near the heights of his cousin and is realistically a long distance off of what ‘The Gypsy King’ has achieved.

Tyson Fury’s bloodline is full of competitive fighters, so it wouldn’t be beyond the realm of possibility fpr one of his children to look to use their boxing genetics to follow suit from their father one day.