Hello, friends! I hope you all had a great weekend following the golf and celebrating the mothers in your lives. I had a blast watching Twitter King Max Homa earn his fourth PGA Tour title on Sunday at the Wells Fargo Championship.

My soon to be born son is gunna have a hell of a job topping that Mother’s Day. Good luck kid! Thx for the support everyone. I appreciate u all! #golf

I also celebrated my sister’s 23rd birthday over the weekend. She’s not a golf fan, but I send her this column every week to read. So happy belated, Ellen, even though you will never see this note. Let’s proceed.

Joe LaCava has been on Tiger’s bag for over a decade, and their sons have partnered up at the past two PNC Championships. Charlie Woods and Joe LaCava Jr. have a pretty good track record so far, but even with a second-place finish, looping in one tournament a year isn’t enough to pay the bills. Sorry, Charlie.

Joe LaCava Jr. teamed up with Fred Couples at the Mitsubishi Electric Classic last week, and Couples assured us that LaCava’s real boss was OK with it. He made sure to get permission from the 13-year-old through Tiger and Justin Thomas.

Fred Couples finished T2 with Joe LaCava's son on the bag for the first time at @MEClassicGolf. pic.twitter.com/aPYaUj195K

And while we’re on the topic of the Woods family, congratulations to Cheyenne Woods and her husband, Yankees center fielder Aaron Hicks, on the birth of their son, Cameron Jaxson Hicks!

The pros head to Formula One

I am a lot of things. A social media manager. An older sister. Even a pal to some. But if there is one thing that I am not, it’s a car girl. I know nothing about Formula One, and my knowledge of cars extends to what I saw on Speed Racer when I was a kid.

Anyway, when I saw just how many PGA Tour players were yukking it up with F1 drivers last week, I knew it was time to change my ways. First, we had Dustin Johnson teeing it up with Carlos Sainz Jr., Lando Norris and even Norwegian DJ, Kygo!

Joaquin Niemann also took his talents down to Miami for a day.

Next up was Ian Poulter. I need someone to calculate the strength of the field down at these races over the weekend, because there was a LOT of PGA Tour talent in attendance.

Check out my Hot Lap at the #MiamiGP at the weekend of @F1 in the @McLarenF1 garage! What a great few days! 👍🏼🙌🏼👊🏼https://t.co/jRZ8pY4CSq pic.twitter.com/OxYdUsPy1O

Bubba also went for a spin down in Miami.

We also had Lewis Hamilton and Tom Brady teeing it up together. F1 was the place to be last week.

Justin Thomas was also there, and he seemed to get photos with just about everyone, including his fiancee, Jillian Wisniewski, ESPN’s Jeff Darlington, football player Mackensie Alexander and Myles Shear, the man who co-founded Palm Tree Crew with Kygo. 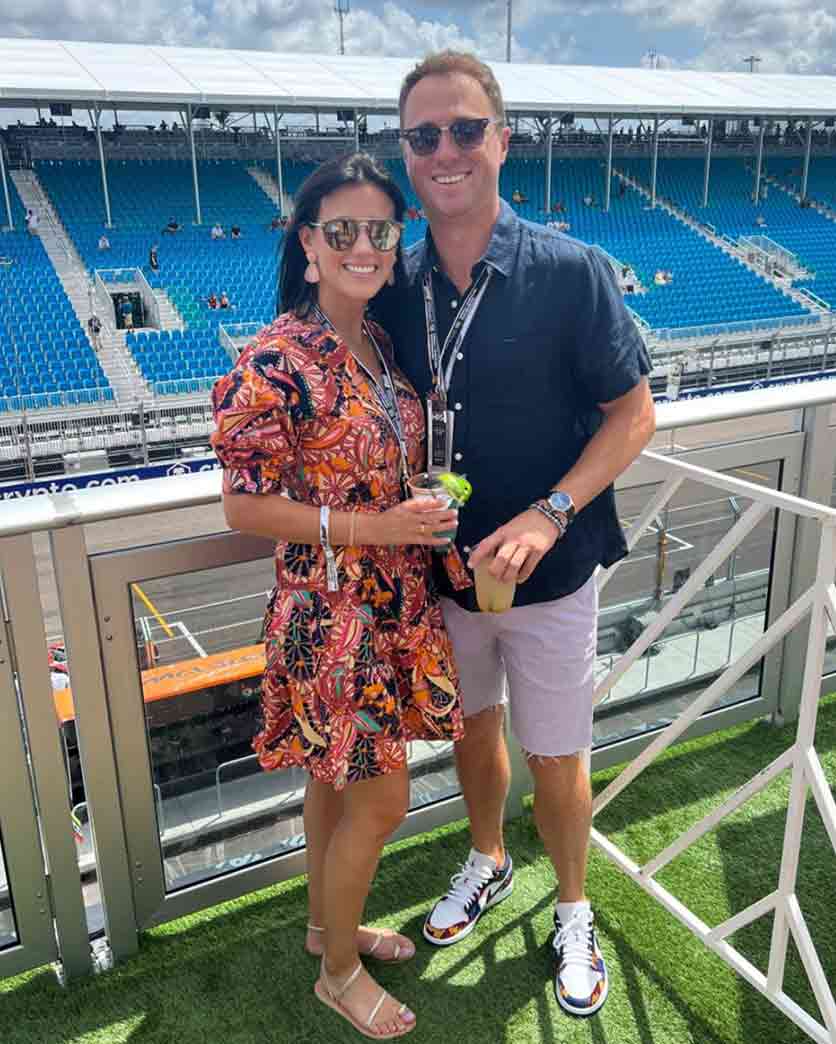 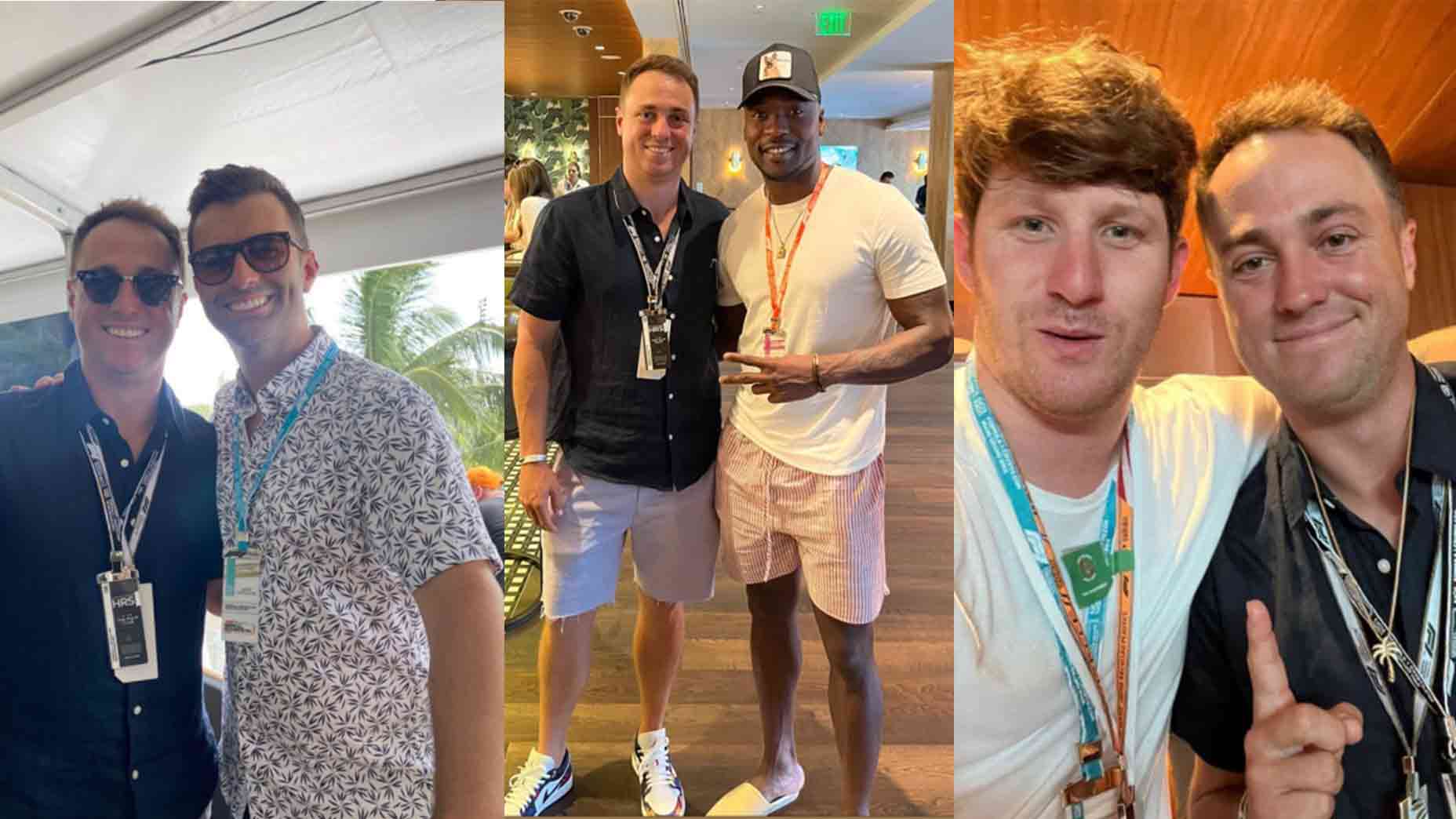 This reminds me of those Disney Channel crossover episodes where you’d see characters from all different shows at once. It’s a lot to process.

Nothing says “you’re the best, mom!” like a heartfelt post on social media, and the pros took note of that.

First up, we have Bryson DeChambeau with a classic throwback photo. Cute!

Next up, we have a series of pros wishing their significant others a happy Mother’s Day.

Happy Mother’s Day to all mothers out there, specially my beautiful wife and mother to be for the 2nd time. Couldn’t be prouder of you. Love you ❤️ pic.twitter.com/bPlwGPQEod

Happy Mother’s Day to all the beautiful Mothers in the world but specially to my Mom Consuelo and to the amazing Mother of our children and my amazing wife @TheAngelaAkins
Thank you so much for all you do for us! Love you with all my heart❤️ pic.twitter.com/LmhoUgTvVc

Happy Mother’s Day to my baby momma Amanda. I have a whole new appreciation for mothers after seeing all you do for Liam. Makes me even more grateful for my own mom ❤️ Happy Mother’s Day! pic.twitter.com/WX8l0lHXSW

Happy Mother’s Day to @britthorschel ! With me on the road about 30 weeks each year, she keeps it all together. You’re a ROCKSTAR! pic.twitter.com/I8Lm8cGy6c

Happy Mother’s Day to the rock of our family @Neloosthuizen ❤️ pic.twitter.com/FZNGOUzdHY

We would be lost without you @Stacy_Lewis….hope you have a great Mother’s Day! pic.twitter.com/XhZoIr0r70

The following photo wasn’t posted specifically for Mother’s Day, but it was shared over Mother’s Day weekend so we will let it slide. 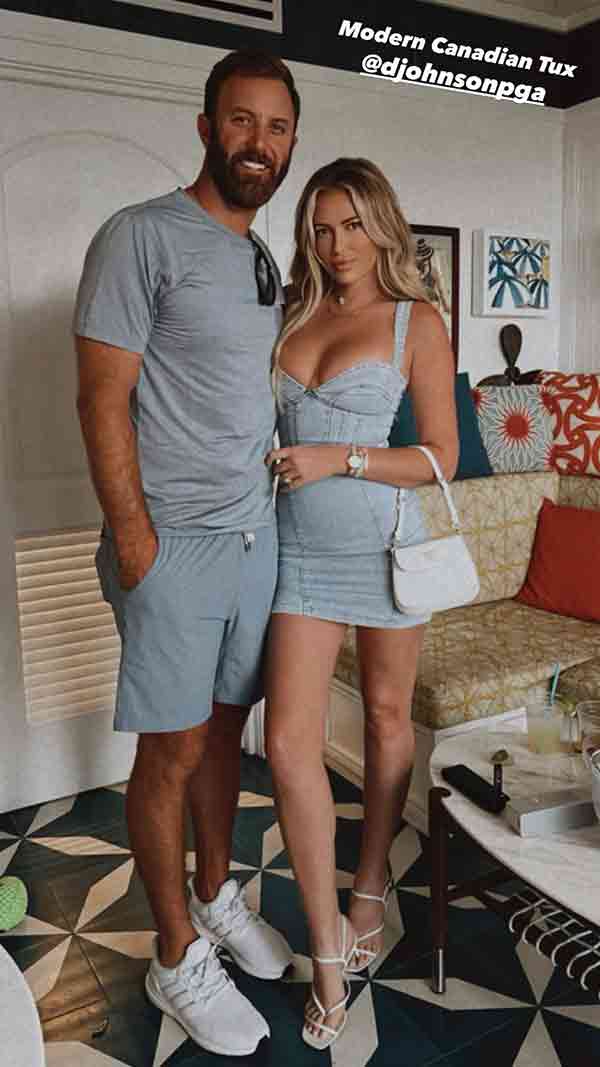 I’m not sure what is going on in this photo of Viktor Hovland, but I’m guessing he was cleaning out his closet and came across some items he hasn’t gotten a chance to wear on the course yet. I love a good impromptu fashion show, and this look from Hovland is superb.

Oh, to be a fly on the wall when this photo was taken.

Next up, we have this photo of Scottie Scheffler and Jalen Brunson, shared by Jay Wright. This is another crossover of all things good in sports. I can’t help but wonder how many fans recognized Scheffler at the Dallas Mavericks game. Part of me wants to think a lot did, because he’s a Dallas local. The other part of me thinks that because he’s possibly the most low-key World No. 1 we’ve ever had that maybe he flew under the radar. If you were in attendance, please let me know how this went.

A great golfer Scottie Scheffler and a soon to be stud golfer @jalenbrunson1 . Both mental assassins ! pic.twitter.com/Qgvmjv8g2l

Next up is Stanford golf rockstar Rachel Heck, who rocked a Memphis Grizzlies jersey on the course and then ran into Steph Curry. Legendary.

So hard to root against this guy…but go Grizz💛💙 pic.twitter.com/D5ToKmQtly

I’m increasingly curious about Bubba Watson, because he seems to be everywhere. He’s at Tour events. He’s at the Solheim Cup. He’s at F1. He’s at his candy store in Florida, and just when I think I have him figured out, he’s at … a Nas concert? With DJ Khaled and LeBron James?

And finally, we have CrunchGate. James Hahn was not happy with whoever was enjoying a bag of chips during his putt on Saturday.

James Hahn confronted a fan for eating chips too loud during his putt 💀 pic.twitter.com/8CP6Z7ox4Y

To be fair, I get why Hahn would be annoyed. There’s nothing worse than someone chewing on a nice bag of Lays or Doritos while you’re trying to focus on a task. But was it the reason he left this putt short? I guess we’ll never know.