‘My big busty woman, I love you baby!’ Shirtless Conor McGregor gushes over swimsuit-clad fiancée Dee Devlin as they pose for loved-up snaps on a yacht during sun-soaked getaway

They’ve been together since 2008 and have since welcomed three children.

And Conor McGregor looked happier than ever with fiancée Dee Devlin and as they posed for sweet Instagram snaps on a yacht during a sun-soaked getaway in an unknown location on Tuesday.

The Irish professional mixed martial artist, 33, showed off his muscular physique as he went shirtless while chilling out with his swimsuit-clad partner, 34, whom he called his ‘big busty woman’. 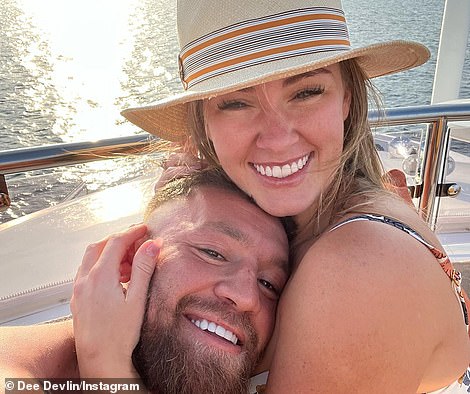 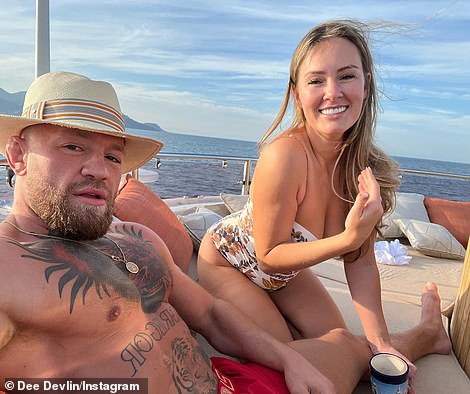 Conor shielded his face from the sun with a straw sun hat, which Dee soon swiped for herself and pose with in several snaps.

Dee looked incredible as she flaunted her figure in a white patterned swimming costume. 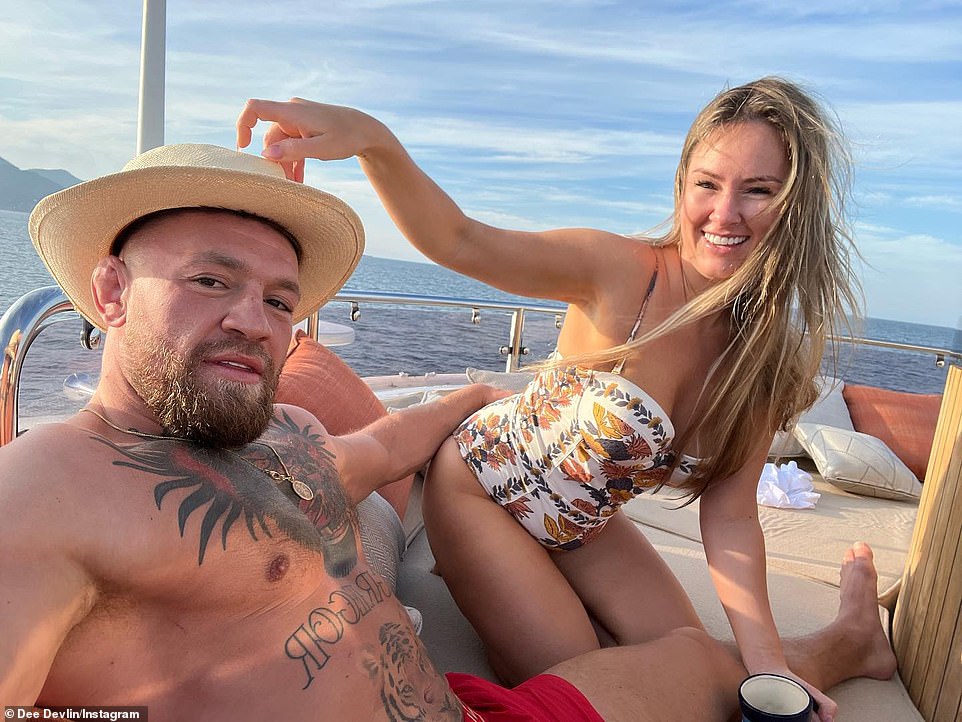 The couple’s romantic display comes after Conor took receipt of his £2.4million Lamborghini super-yacht and wasted no time in showing off the lavish boat on social media.

The UFC fighter has branded his latest purchase the ‘supercar of the seas,’ with a new social media video backing the claim by capturing the sleek vessel as it cuts across water at high speed.

McGregor shelled out more than £2million for the Lamborghini yacht, one of only 63 to be built by the Italian manufacturer, in October. 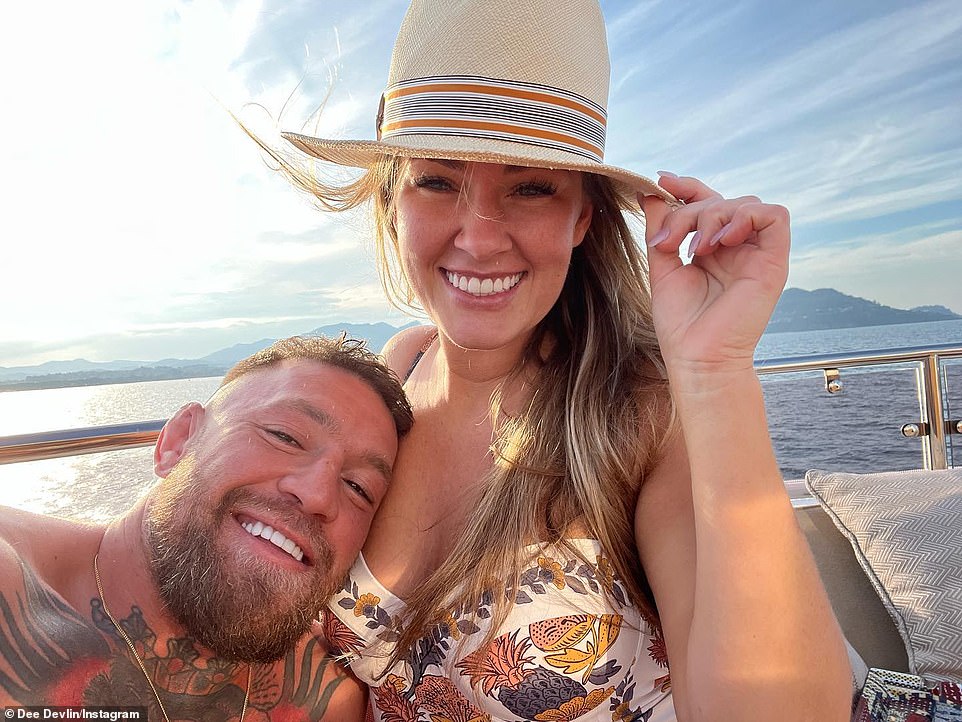 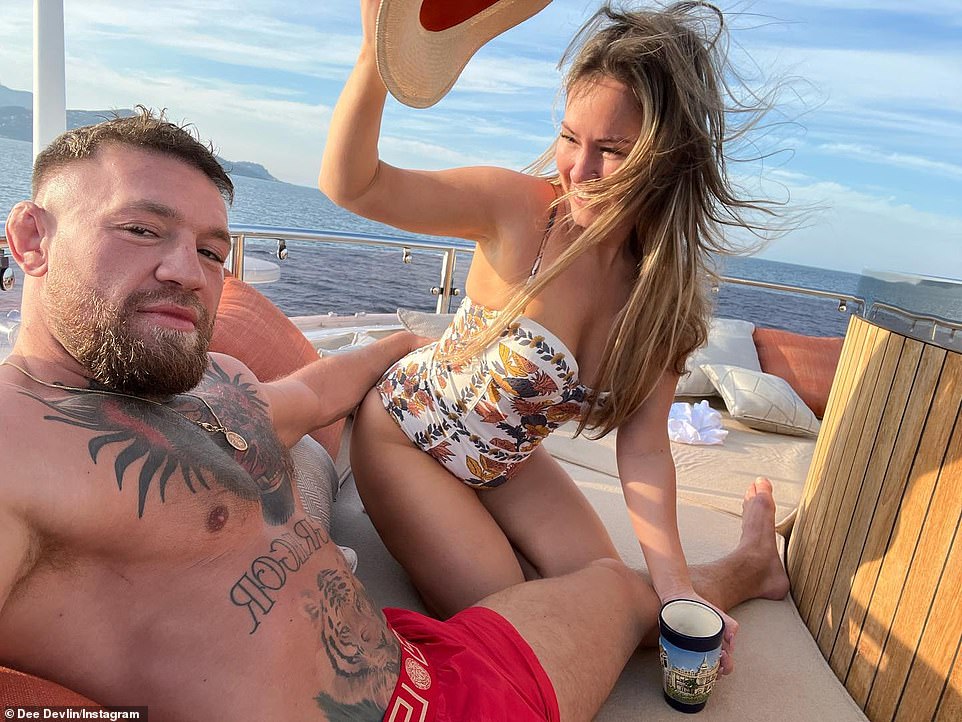 His boat is understood to be the twelfth off the production line, a tribute to his whiskey brand, Proper Twelve.

But the price is a mere drop in the ocean for the sportsman, who has an estimated net worth of £145 million.

Among the yacht’s other swanky features is a private bedroom space in the lower quarters, offering a cosy spot to relax while the boat cruises through the sea. 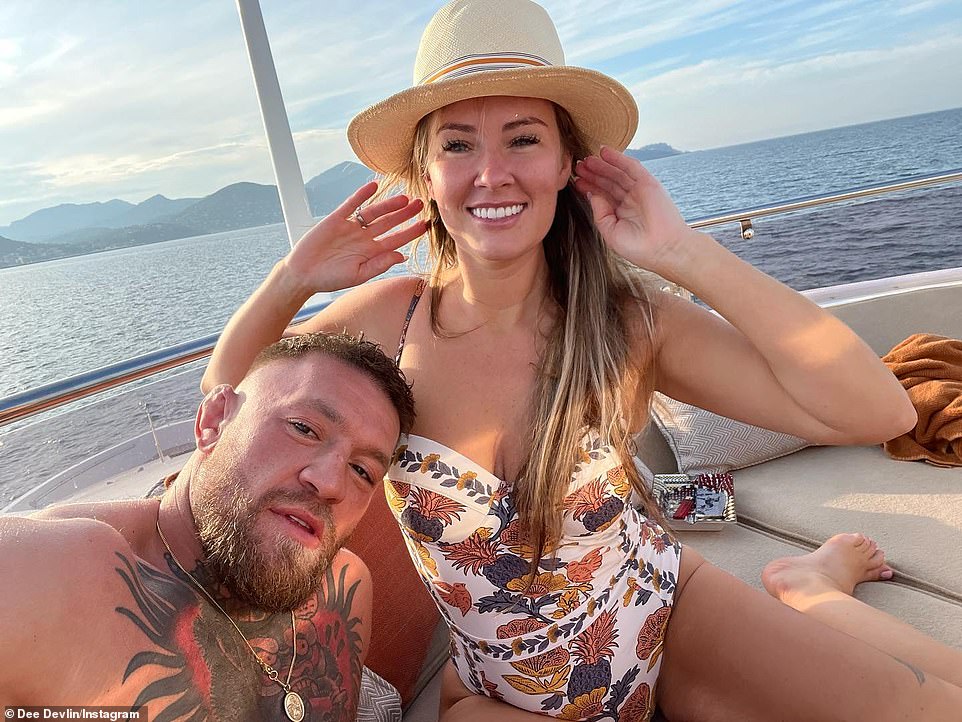 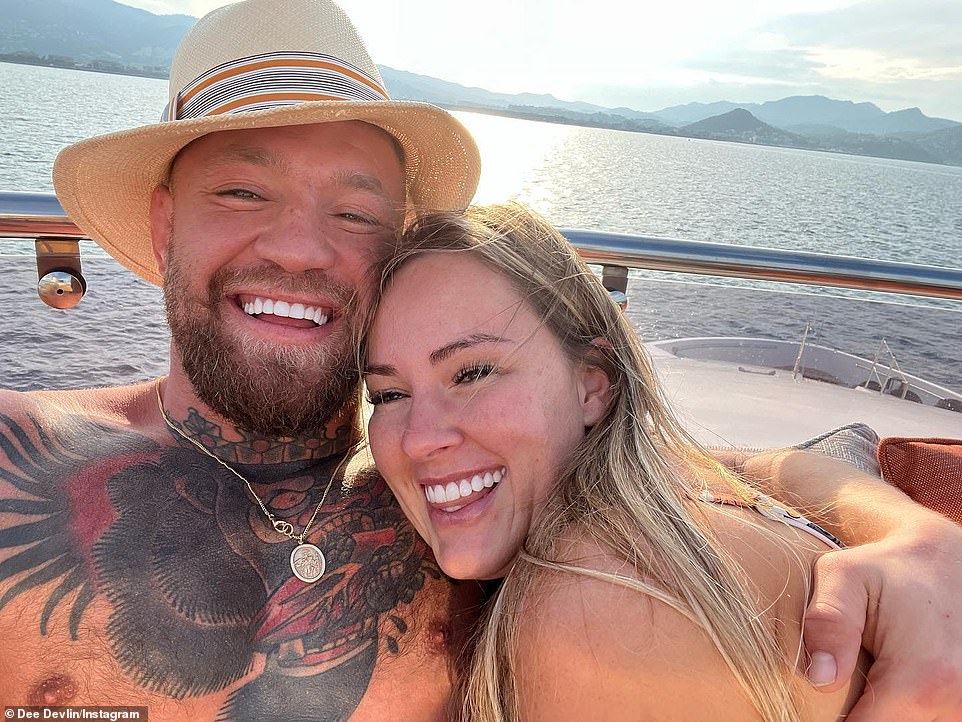 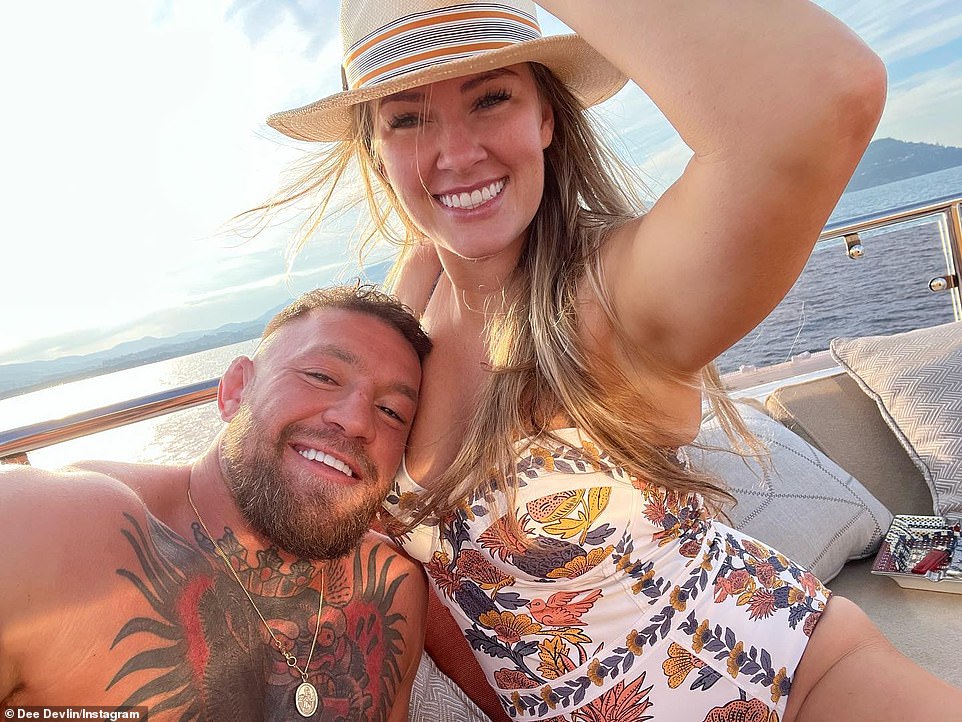 Back in October a delighted McGregor was pictured picking out swatches for his brand new yacht, alongside fiancée Dee Devlin and their children Conor Jr, three,  Croia, 21 months and Rian, 11 months.

He captioned the photos: ‘The No.12 ‘McGregor edition’ @tecnomaryachts @lamborghini Lamborghini’s first entry into the Sport Yacht World comes in the form of this 63foot, 4000bhp, duel engine, twin turbo, rocket ship!

‘Titled the ”Supercar of the Sea”. I am honoured to secure the Number 12 edition of just 63 to be made. 1963 being the year Lamborghini first began, and 12 being, well you know Twelve!

‘Thank you Giuseppe Constantino and the entire team at ‘The Italian Sea Group’ for your amazing work! Excited to see the finished result during next seasons yachting season.’ 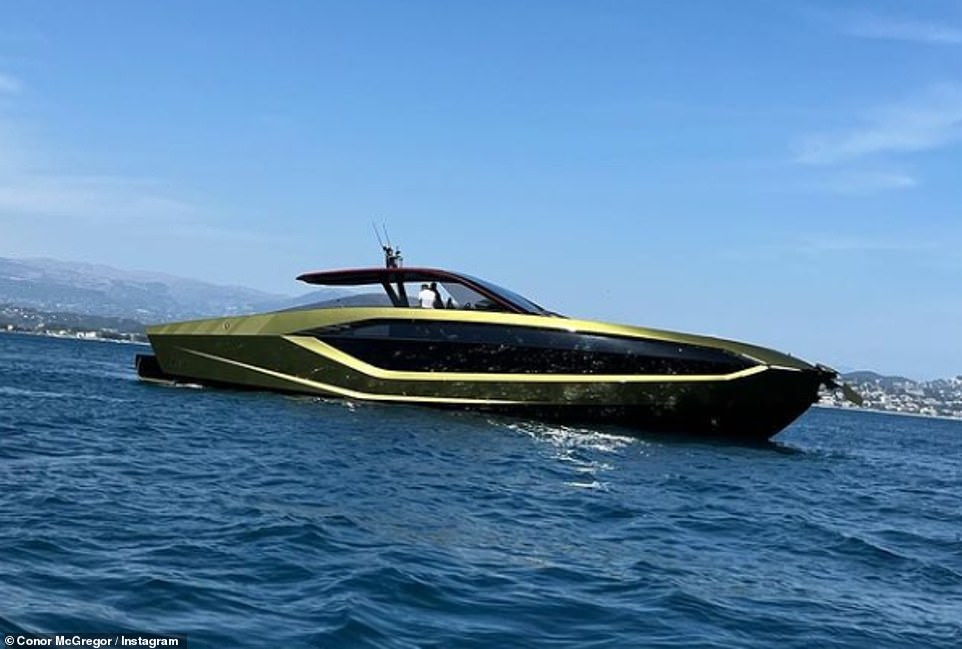 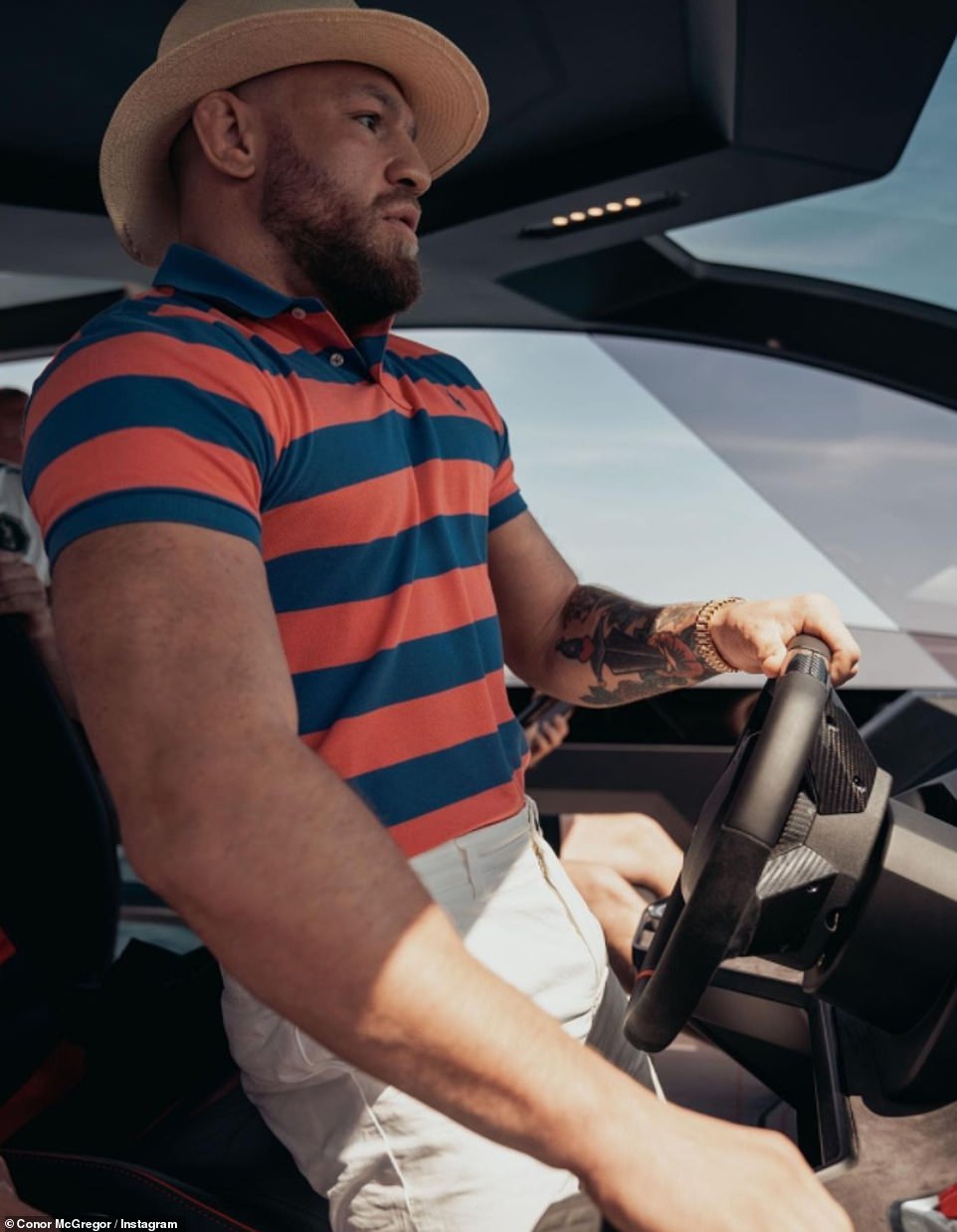