Actress Scarlett Johansson, 37, and Colin Jost, 40,  are on the prowl for bigger digs — a family-size apartment in the city, Gimme has learned.

The couple recently scoped out a stunning $23 million Upper East Side penthouse that comes with a massive wrap terrace at the Wales, at 1295 Madison Ave., a historic hotel-to-condo conversion in Carnegie Hill. The penthouse is new construction.

The hotel was reportedly once a draw for celebs to primp and prepare before the Met Ball, back in the day. The developer is Adellco, which is also behind 27 E. 79th St.

The sprawling penthouse sits atop the historic Wales Hotel. 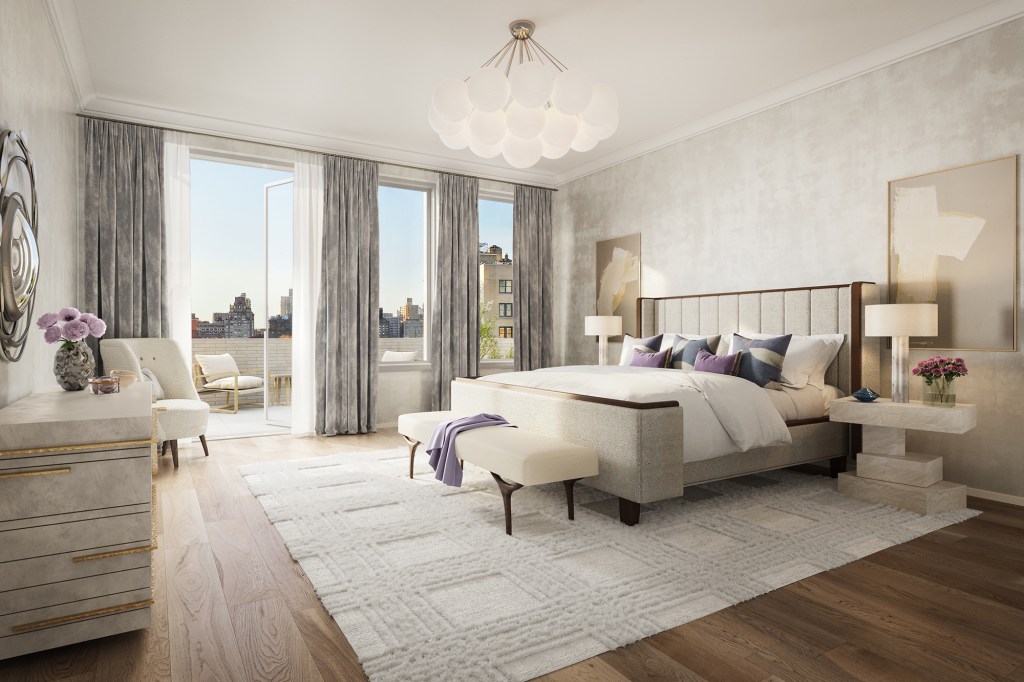 It has five bedrooms. 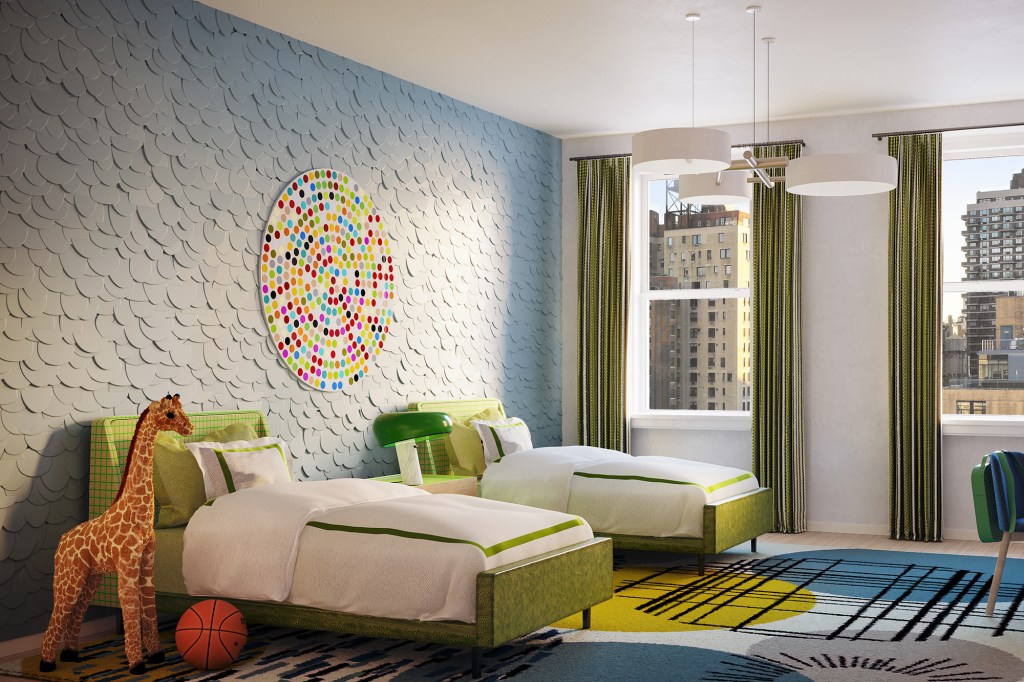 It’s perfect for a flush family. 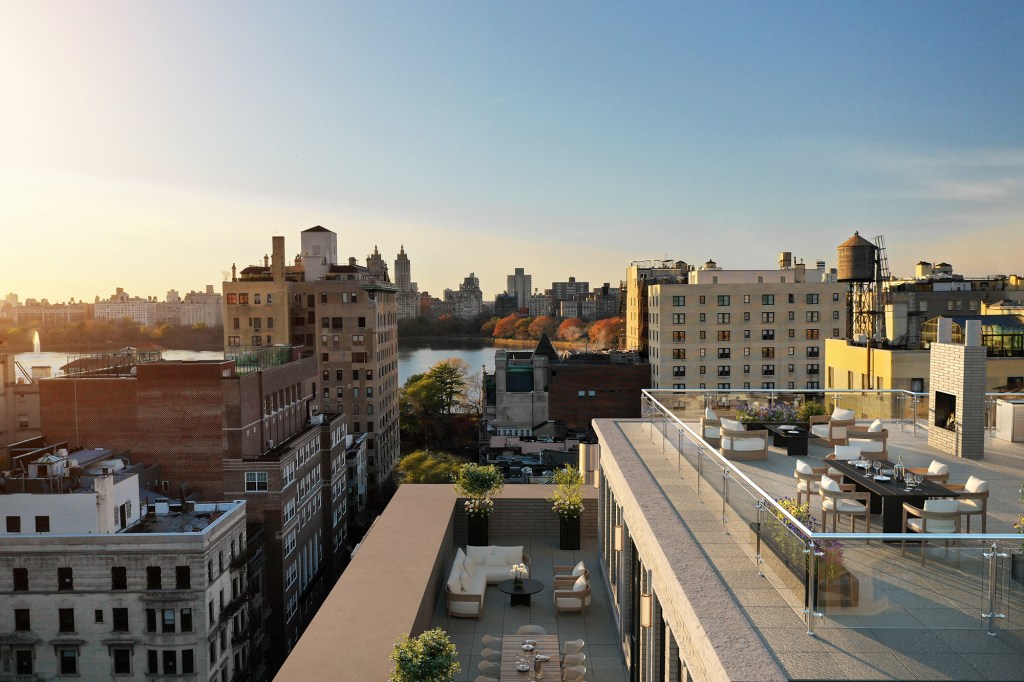 While the building is historic, the penthouse is all new construction. 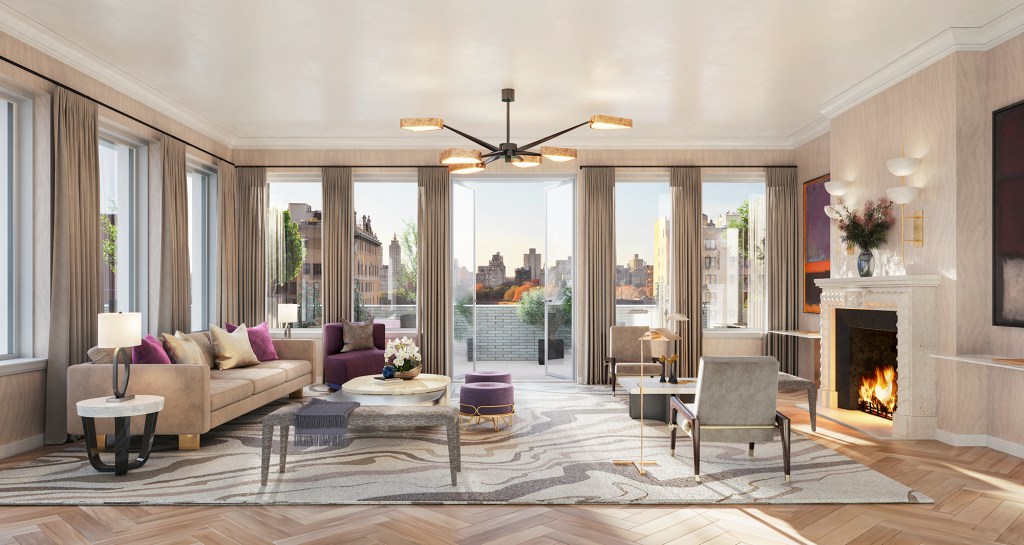 Scarjo already owns smaller digs in the ‘hood, as well as in Los Angeles.

The house hunt comes as Jost’s West Village home, which hit the market last fall for $2.5 million with Douglas Elliman’s Noble Black, is now in contract, Gimme can also report exclusively. The 1,400-square-foot, two-bedroom is at 53 Horatio St. Jost had bought it for $1.78 million in 2011.

Back at the Wales, the penthouse opens to an entry gallery with a dedicated elevator and curved stairs to the roof terrace. There’s a windowed chef’s kitchen, as well as a large corner great room with a fireplace, coffered ceilings and French doors that lead to the terrace. The full-floor, 4,179-square-foot, five-bedroom, five-bathroom spread also comes with private space — a massive 3,114-square-foot wrap terrace that boasts-an outdoor kitchen with a wet bar and fireplace.

The building dates to 1899, and the charming lobby also features coffered ceilings, a custom walnut and marble concierge desk and antique mirrored walls.

During the conversion, preservationist architects “sized down” the facade’s cornice so the penthouse wouldn’t be too visible from the street and seem too out of whack from the original aesthetic.

The couple — dating since 2017 — had a “weird” but beautiful pandemic wedding at Scarjo’s home in Snedens Landing, an exclusive celebrity enclave in the Palisades, in the fall of 2020.

Last March, Scarjo also sold her Sutton Place two bedroom penthouse at a loss — for $1.87 million; she had bought it for $2.1 million in 2008. That’s chump change for the twice Oscar-nominated star who has been one of the world’s highest-paid actresses.