Jose Ribalta was an unknown heavyweight who a prime Mike Tyson found the most difficult to KO, absorbing over 200 punches from the ‘Iron Mike’ during the fight. – NEWSMASON

The man a peak Mike Tyson found toughest to knock out – who ‘Iron Mike’ said made him sick with pain after a war of attrition – was a relative unknown who left boxing with 17 career defeats.

Jose Ribalta fought the 20-year-old Tyson in 1986, three months before he became the youngest world heavyweight champion in history by decimating Trevor Berbick in five minutes. Cuba-born Ribalta was expected to be easy work but ended up giving a young Tyson his hardest night, getting up from three knockdowns to battle back and last to the final round.

“I hit Jose Ribalta with everything, and he took everything and kept coming back for more,” marvelled Tyson to Ring magazine years later, when he claimed Ribalta had the best chin of any boxer he’d fought. Tyson also called ‘El Nino’ the physically strongest heavyweight he’d shared a ring with, adding: “Ribalta stood toe-to-toe with me. He was very strong in the clinches.”

Going into the fight, future journeyman Ribalta had a 22-3-1 record. But his losses included a KO defeat in his 11th pro fight and later a points setback to Marvis Frazier. The same Marvis Frazier, son of Smokin Joe, who Tyson had ripped apart in 30 seconds a month earlier.

Tyson entered the ring against Ribalta looking – if possible – even more ferocious than usual. Bare-chested, drenched in sweat and snarling. Ribalta actually matched Tyson’s intense pre-fight stare eyeball to eyeball, but HBO analyst Larry Merchant summed up the general feeling when he greeted the opening bell by telling TV viewers: “Don’t anybody go to the toilet or the refrigerator; Mike Tyson has short working hours…”.

A wise warning. In the 1980s, Tyson handed out early KOs like most people handed out business cards. His last four opponents had lasted a combined total of five rounds and while two men had taken Tyson the distance when he was a teenager – James ‘Quick’ Tillis and Mitch ‘Blood’ Green – they had done it by spoiling and avoiding conflict (Tillis) and outright running (Green).

“Ribalta was a game fighter who, unlike Green and Tillis, actually engaged me,” praised Tyson in his autobiography, Undisputed Truth. “I felt nauseous from all Ribalta’s body blows, even hours after the fight… I never felt that much general pain again.”

The 6ft 5in Ribalta, who looked impressively muscular as he towered over Tyson, certainly didn’t conform to the usual opponent pattern in round two. Tyson’s hellacious uppercut almost lifted Ribalta off his feet but he got back up at the count of ‘four’ and survived the furious follow-up to hear the bell. 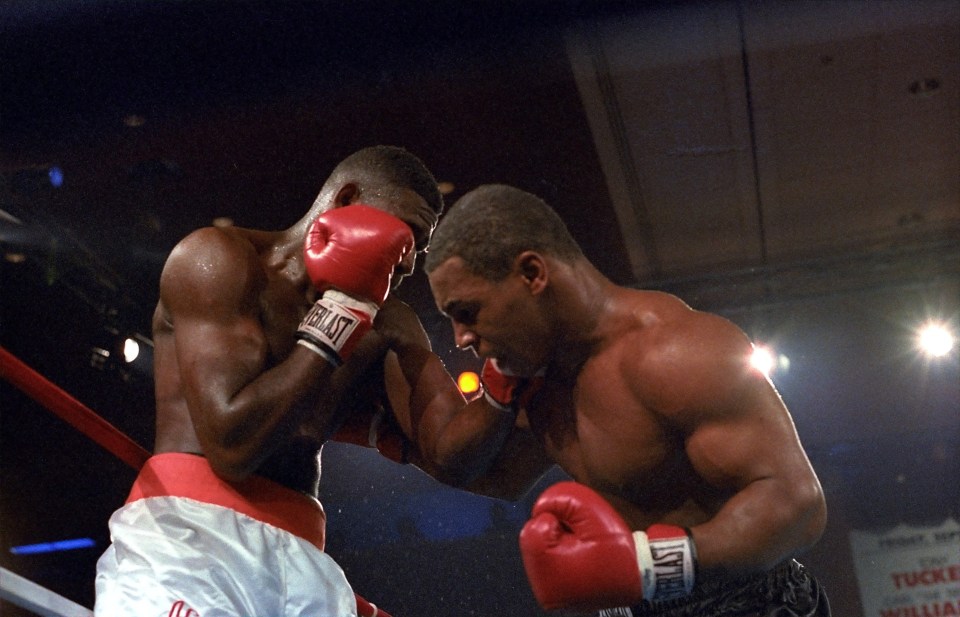