Emma Raducanu will compete in England for the first time since winning the US Open next week, when she enters the Rothesay Open in Nottingham.

Emma Raducanu will make her first competitive appearance in England since her US Open triumph at Nottingham next week.

The 19-year-old’s second-round exit from the French Open means she will start her grass-court campaign a week earlier than initially intended.

Raducanu and fellow Briton Dan Evans have been given wildcards for the Rothesay Open Nottingham, which gets under way next Monday. 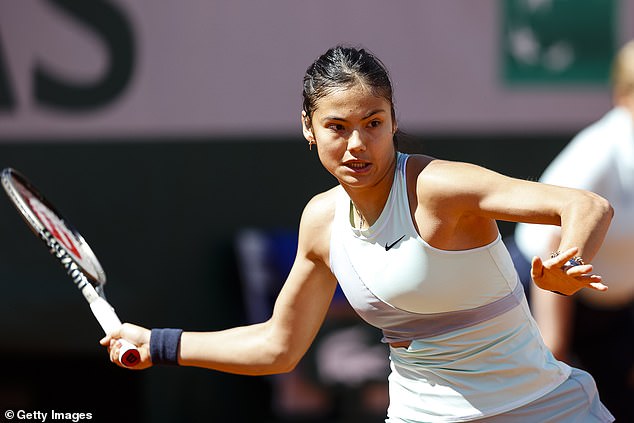 Raducanu said: ‘I’m excited to return to Nottingham and it will be a great opportunity to play in front of British crowds for the first time this year.

‘This event will always be special to me as I played my first tournament on the WTA Tour here last June and I can’t wait to go back.’

British No 2 Evans will join the likes of former top-10 players Jack Sock and Fernando Verdasco, as well British duo Liam Broady and Jay Clarke, in the ATP event.

‘The grass court season is always a special time for British players and I can’t wait to get back to Nottingham and play on courts that are always in such good condition,’ said Evans.

‘The home fans are always vocal in their backing and hopefully I can give them something to cheer.’