Emma Raducanu has confirmed she will play Wimbledon even though there are no ranking points on offer this year. But the British No 1 insists it is a “sad situation” that Russian and Belarusian players will be absent at the All England Club and those competing will not be rewarded with ranking points by either the ATP or the WTA.

Players are threatening to boycott the tournament as a result with Naomi Osaka suggesting it could be “pointless”. Frenchman Lucas Pouille has said he will not play Wimbledon while Jelena Ostapenko is another who has confirmed she’s uncertain whether she will turn up at SW19 or not.

But Raducanu, who faces Belarus’ Aliaksandra Sasnovich in the second round of the French Open, insists she will still play the grass-court Grand Slam in her own country even though she will drop points after reaching the fourth round a year ago. But she admits: “I think that it’s definitely a pretty sad situation for all of the players. 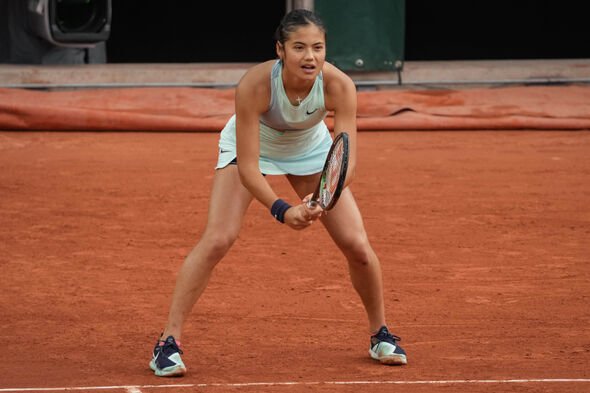 “If that means I cannot defend my points then so be it. But I just enjoy competing.” The situation is dividing opinion within tennis. Russian world No 1 Daniil Medvedev will be banned from playing and has sided with the ATP, saying: “I found it very logical what they say at least. This is what I didn’t find in Wimbledon explanations.”

But Dan Evans, the British No 2, is unhappy he wasn’t personally consulted over the decision to strip the tournament of points. He said: “The bigger, better players were asked, and there’s quite a lot of other players on the tour as well as Rafa [Nadal], Novak [Djokovic]. That’s disappointing, in my opinion, from the ATP.”

Frenchman Benoit Paire, No 78 in the world, was the harshest critic of the ATP and said: “If we were to listen to all the players, players do not understand this decision. 99 per cent of players want to have points and to play the tournament as it was before. So I want to know if ATP wants to defend players or Russia?”

By contrast world No 1 Djokovic on Monday night labelled himself pleased that Wimbledon is being punished for banning Russian and Belarusian players. He said of the All England Club: “I think it was a wrong decision. I don’t support that at all.

“Collectively, I’m glad that players got together with the ATP and showed to the Grand Slam that when there is a mistake happening and then we have to show that there’s going to be some consequences. It’s a very unique and weird situation, I must say.

“A Grand Slam is still a Grand Slam. Wimbledon, for me, was always my dream tournament when I was a child. So I don’t look at it through the lens of points or of prize money. For me, it’s something else.”