Rafael Nadal triumphs over Alexander Zverev after the German is forced to retire in a wheelchair due to a horrific injury.

Zverev had to leave the court in a wheelchair after turning his ankle as he chased down the ball in front of the players’ boxes on Court Philippe Chatrier where his team and family were sitting.

As his piercing screams of pain echoed around the 15,000-seater court, a tearful Zverev was helped from the court by medics.

Minutes later, the 25-year-old returned on crutches and conceded the match, with Nadal embracing his heartbroken opponent.

“It’s very tough and very sad for him. He was playing an unbelievable tournament and he’s a very good colleague on the tour,” said 13-time Roland Garros champion Nadal.

“I know how much he’s fighting to win a Grand Slam. For the moment, he was very unlucky. I’m sure he’ll win not one, but much more than one. I wish him all the best.

“It had been a super tough match. Over three hours and we didn’t even finish the second set. It’s one of the biggest challenges on the tour when he’s playing like he did today.

“For me, to be in the final of Roland Garros is a dream, without a doubt, but at the same time, for it to finish that way … I have been there in the small room with Sascha and to see him crying like that was a very tough moment — I wish him all the best.” 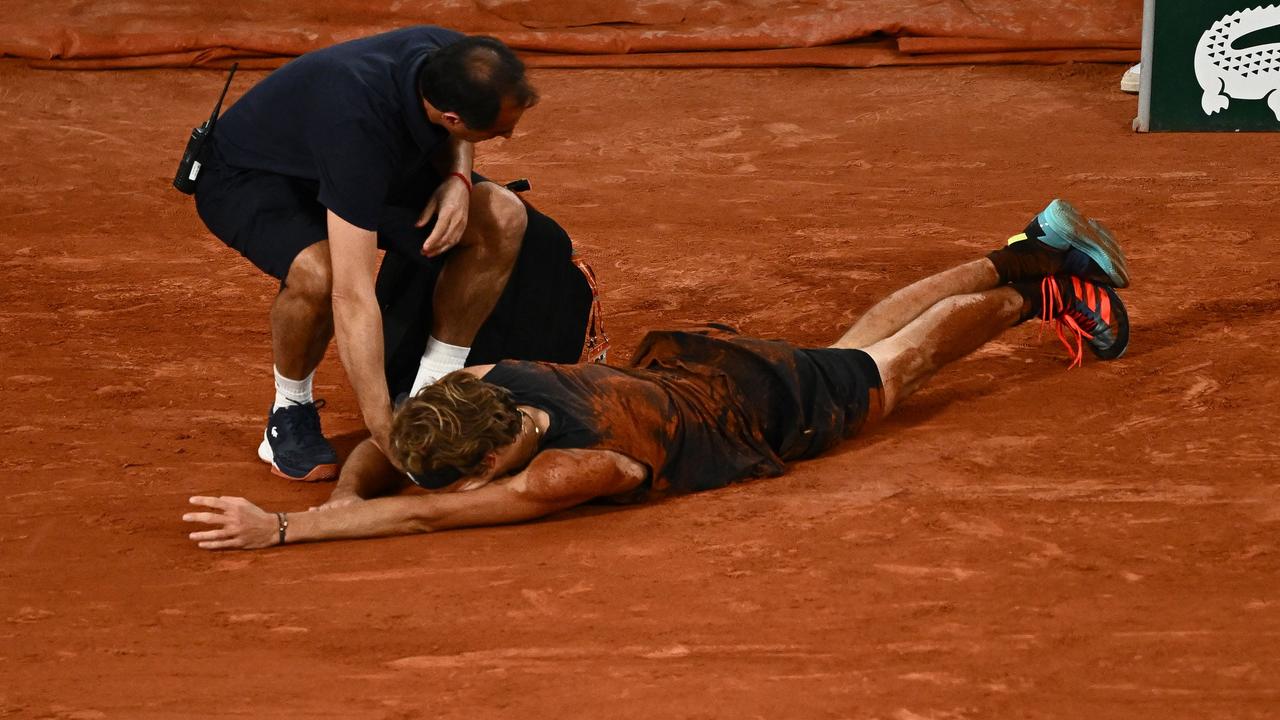 Until the dramatic end of the match, Zverev had been pushing Nadal all the way. In a rollercoaster, 91-minute first set, Zverev broke in the opening game before Nadal levelled at 4-4.

The Spaniard, dripping with sweat under the closed roof, saw three set points come and go in the 10th game as the German’s all-or-nothing hitting kept him in the match.

Nadal, celebrating his 36th birthday, then saved four set points in a knife-edge tie-break, one of them off a spectacular running crosscourt forehand.

A blistering forehand pass gave him the opener on a sixth set point. Zverev, playing in the semi-finals at Roland Garros for the second successive year, hit 25 winners and 26 unforced errors.

The second set was punctuated by eight breaks of serve. When Nadal broke for 2-1, he did so on the back of an exhausting 44-shot rally.

Many tennis pundits agreed Zverev was playing the superior tennis before injury brought him undone, but somehow Nadal — who was broken in four straight games — wasn’t letting the German get away. 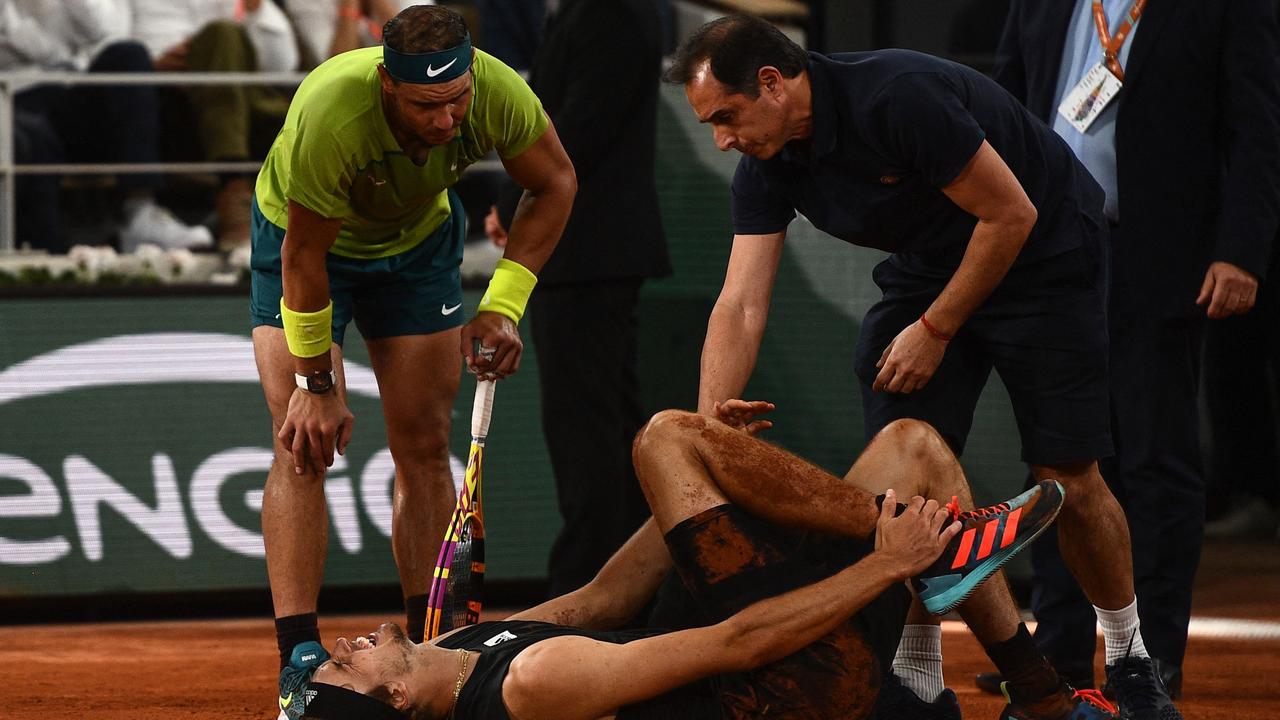 Jon Wertheim of Sports Illustrated said during the first set: “Gendarmes (French police) positioned on the side of the court … If Nadal takes this set he will be questioned for larceny.”

things we learned from set one: Nadal becomes the second oldest man to make the final in Paris after 37-year-old Bill Tilden, who was runner-up in 1930.

Victory saw Nadal, who knocked out world number one and defending champion Novak Djokovic in the quarter-finals, take his record at the French Open to 111 wins and just three losses.

If he wins the final against Norway’s Casper Ruud on Sunday, he would be the tournament’s oldest champion, eclipsing 34-year-old compatriot Andres Gimeno who took the title in 1972.

Nadal showed compassion for his fallen rival as the match ended in dramatic fashion, going over to Zverev to check on his wellbeing.

“If you are human, you feel sorry for a colleague,” Nadal said in his post-match press conference. “It’s not easy to talk about. I hope that he’s not too badly injured, I hope it’s not broken.

“I was with him when he was having the ultra-sound.

“It was an accident, it was just an unlucky moment.”

Nadal hailed Zverev’s performance as the German attempted to become the first German man to make the final since Michael Stich in 1996.

“It was a very tough match. He was playing amazing and I know how much it means to him to win a Grand Slam,” Nadal said.

“The conditions were not ideal for me. I had to do a lot of surviving. The first set was a miracle but I was fighting.” Nadal has made his 30th Grand Slam final despite his own doubts over his long-term future in the sport.

A chronic left foot injury has forced him to admit that any match may be the last of his record-breaking French Open career.

Nadal said he would “prefer to lose Sunday’s final” in exchange for a new left foot.

“Without a doubt, I’d prefer to lose the final,” he said.

“My opinion does not change. A new foot would allow me to be happier in my daily life.

“Winning is very nice and gives you an adrenaline rush, but it’s temporary and then you have to go on living.

“I have a life ahead of me and in the future I would love to play sports with my friends. My happiness goes ahead of any title.”

Nadal will face Ruud in the decider on Sunday night after the Norwegian beat Marin Cilic in the other-semi-final on Saturday.