Emma Raducanu has been told that Coco Gauff is the “leader” of her generation in women’s tennis after the 18-year-old’s run to the French Open final. The American lost her maiden Grand Slam final to Iga Swiatek on Saturday but the tennis legend thought Gauff was still ahead of Raducanu despite the Brit winning a Major title at the US Open.

Evert snubbed Raducanu for Gauff after the world No 23 came runner-up to Swiatek at Roland Garros, claiming the American was “doing everything right” and benefitting from a steady rise to the top. “I would say her career is like the stairway to heaven right now and she’s on the top step because she’s reached a final,” the 18-time Grand Slam champion told Eurosport.

“And, you know, everything in moderation. I think that’s a healthier sort of environment. I mean Raducanu had an unbelievable US Open but I think she’s been struggling ever since then and I think it’s going to be a while if she wins another one but I think Coco is the best of that young group and I think she’s been doing everything the correct way.”

Gauff first had her breakthrough at Wimbledon three years ago, qualifying and defeating Venus Williams in her opening match as a 15-year-old before going on to make the second week, losing to eventual-champion Simona Halep. And the teenager has backed up her hype since, becoming a consistent force on the tour. 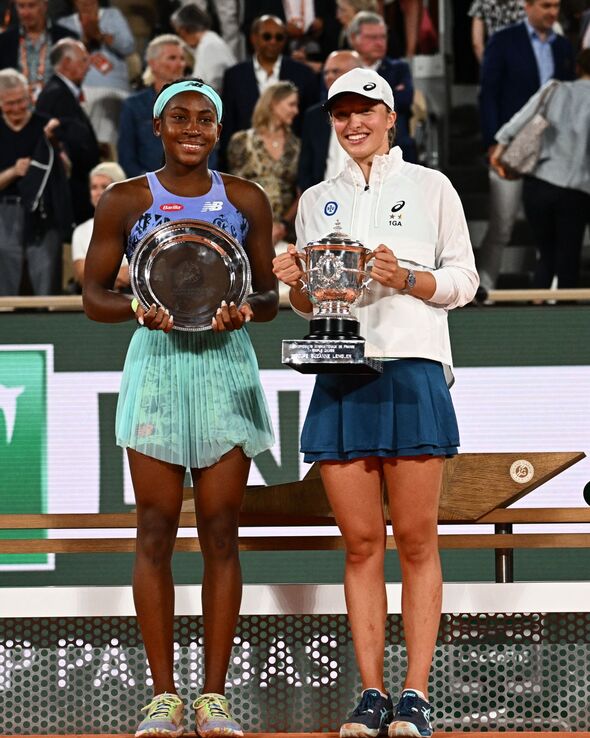 Raducanu’s success was much more sudden in comparison, as she also made an impact at Wimbledon last year as a 338th-ranked wildcard in her Grand Slam debut, reaching the round-of-16 as Gauff did. But the Brit’s huge breakthrough came at the US Open, where she became the first qualifier in history to win a Grand Slam title while ranked down at world No 150.

The 19-year-old has not been beyond the quarter-final of a tournament since her historic victory in New York. Meanwhile, the American was able to win her first tour title at the end of 2019 following her Wimbledon breakout and managed to become a consistent top-30 player, also enjoying success in doubles as she is through to her second Grand Slam women’s doubles final in Paris. 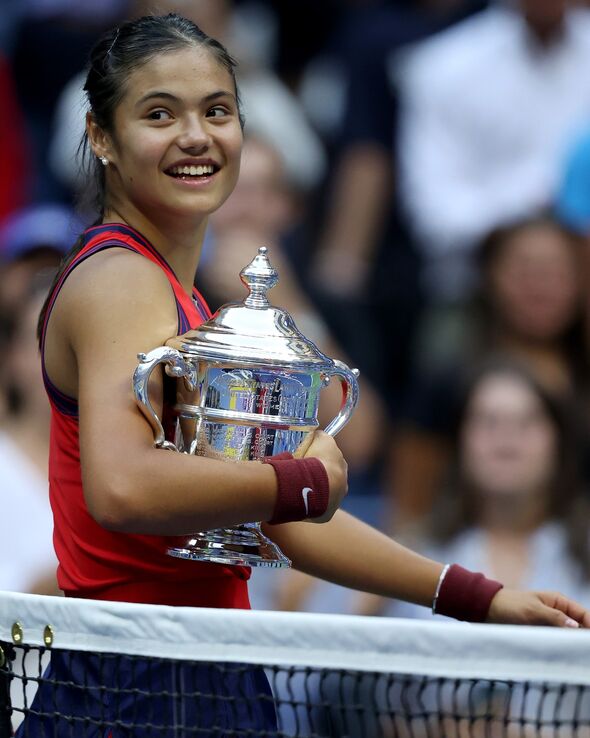 The 18-year-old was understandably devastated following her 6-1 6-3 defeat to Swiatek – who extended her winning streak to 35 matches with the win – and apologised to her team while in tears during her trophy ceremony. But Evert thought the two-time title winner had simply been left frustrated by the Pole’s dominance.

The retired former world No 1 added: “She’s going to go back to the drawing board and I think she was disappointed and crying because she just couldn’t play the game that she wanted to play. And that’s because Iga prevented her from playing her A game so I think she’s going to learn something.”