Today, western film fans will get the chance to watch Wayne in another of his standout roles, as the classic How the West Was Won airs on BBC Two from 1.30pm. Wayne heads an all-star cast, which includes the likes of Henry Fonda, James Stewart, Debbie Reynolds and Gregory Peck. Released in 1962, and directed by iconic filmmaker John Ford, it follows four generations of a New England family who move on to a newly tamed town.

It was nominated for eight Academy Awards, winning three, while the American Film Institute in 2008 ranked it among the top 10 western films of all time.

Wayne was already a major Hollywood star at the time, and nearly a decade later would collect a Best Actor Oscar himself, for his role in True Grit.

The star died in 1979 aged, 72, as a result of stomach cancer – but part of his lesser-known legacy is the part he played two years before his death in Star Wars: A New Hope.

Sound designer Ben Burtt discussed Wayne’s role in the film, and how he decided on the icon to be the voice of character Garindan. 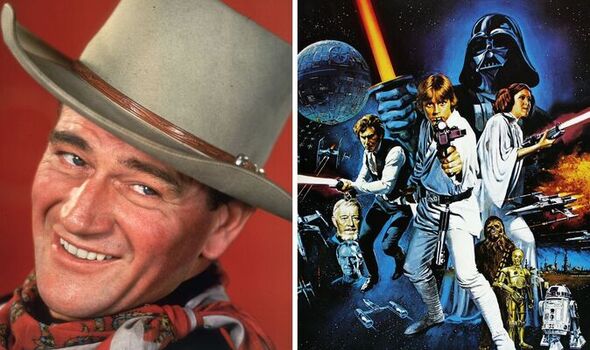 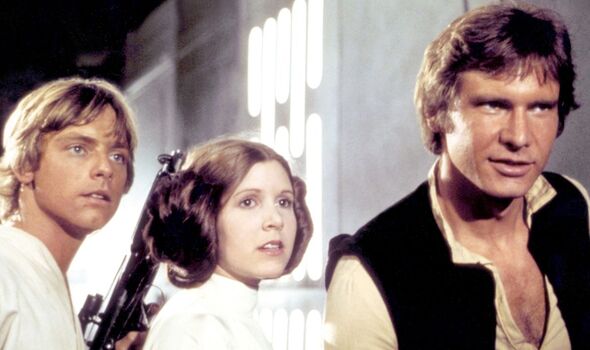 In a 2021 Slash Film report, Burtt noted that he accidentally used Wayne’s voice as the character’s, following manipulation on it to create the perfect tone.

He said: “We had that character that looked kind of like a mosquito from the first Star Wars [Garindan] that we found we needed a sound for.

“And I was wondering back a few months ago how I did it, because I keep notes and tapes, and I discovered it was an electronic buzzing which had come off of my synthesizer that was triggered by a human voice.

“And I listened to it and realized it was John Wayne.”

Burtt added: “I had found some loop lines in the trash from the studio that had been thrown away.

“So the buzzing was triggered by some dialogue like, ‘All right, what are you doin’ in this town’, or something like that.”

While the use of his voice was minimal, some film aficionados consider it Wayne’s final role in cinema.

The character of Garindan arrives early in Star Wars: A New Hope, and offers clues to the whereabouts of R2-D2, C-3PO, Luke Skywalker, Han Solo, Chewie and Obi-Wan. 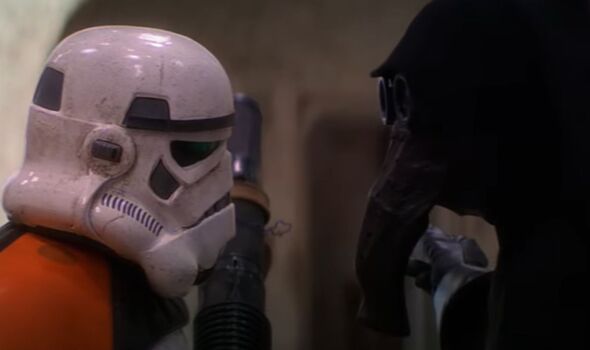 According to StarWars.com, the character was a “long-snooted Kubaz”, that “made a living ferreting out information in Mos Eisley and selling it to the highest bidder”.

It added: “After the Empire hired Garindan and other spies to search for a pair of missing droids, the Kubaz discovered a duo that fit the Imperial description.

“He followed Luke Skywalker and Obi-Wan Kenobi to Docking Bay 94 for their rendezvous with Han Solo, then summoned Imperial troops to apprehend them.”

Years before his death, Wayne coined the term The Big C in 1964, to describe cancer.

Due to his condition, Wayne had to have his left lung removed, as well as four ribs, and while he began his recovery well, he continued smoking and chewing tobacco

Wayne remains one of Hollywood’s most enduring stars, with his career beginning in the silent movie era of the Twenties, and on to global stardom throughout the following decades.

In total, he starred in 179 films and television productions, and by 1970 had collected the Oscar gong he had so craved for his performance in True Grit.

He was so influential that the American Film Institute selected Wayne as one of the greatest male stars of classic American cinema.

Married three times and divorced twice, Wayne had seven children in total, including his daughter Aissa, who once recalled her final encounter with her father.