The 80-year-old, who’s suffering from dementia and “irreparable brain damage”, signed a quit claim deed for $10 to transfer the four bedroom property, in Palm Beach Gardens, Florida, into his estranged wife Lakeisha’s name.

Richard bought the property with their mother Oracene for $355,000 in 1995, divorcing seven years later.

He says his signature was faked by Lakeisha, so she could take out a $279,000 loan on the property for a doomed trucking business, with the debt still outstanding to this day and the centre of a fierce legal battle.

Now new court documents reveal that Richard is living in a new home in the same city, which is owned by Serena, who paid $815,000 for the one-story property in June 2015.

The place is perfect for Richard’s fragile state, all on one floor, and has four bedrooms, five bathrooms, and over 4,160 square feet. 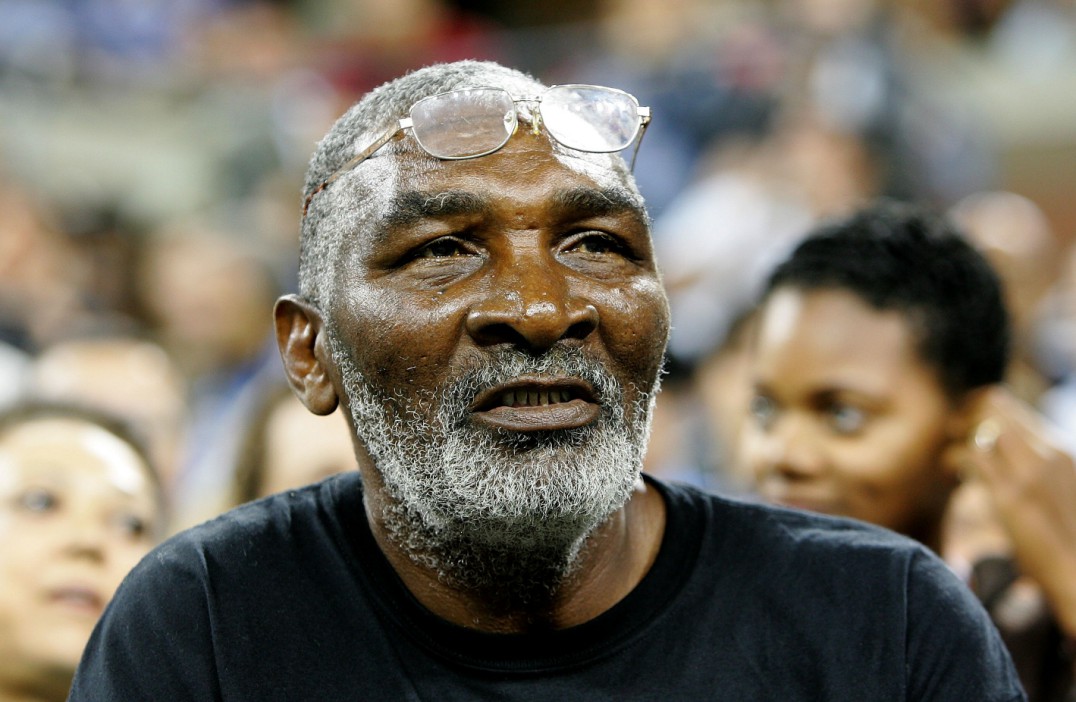 Business records state that the company “7743 Maywood Crest LLC” is situated there, which lists Serena as “manager”.

It’s 16 miles away from the house where he taught Serena and Venus on two tennis courts, which are still there to this day.

The new place has been featured a few times on the Instagram of Richard’s son Chavoita Lesane.

Chavoita, 48, had been given power of attorney while Richard went through a messy divorce battle with third wife Lakeisha, 43, which was dramatically called to a halt earlier this year with the pair supposedly reconciled and enjoying a “sizzling sex life” despite Richard’s medical ailments.

The house he once owned was in terrible condition by the time he sold it to his estranged wife.

Lakeisha has been accused of forging Williams signature in order to have the property transferred to her.

It was then Williams’ estranged wife allegedly approached a lender, David Simon, for a loan which was spent on a failed trucking business.

There were also plans to auction the house, with the proceeds going to Simon, but Lakeisha allegedly let the house’s condition decline before she filed for bankruptcy, which halted the sale.

Richard and Lakeisha were called to testify in court about the house.