Phil Mickelson said he had the ‘deepest of sympathy’ for those who had lost loved ones on September 11, 2001 after a coalition of families whose relatives died in the attacks criticised his move to the Saudi-backed LIV Golf Invitational Series.

The PGA Tour last week suspended Mickelson and other members who joined LIV Golf, with Commissioner Jay Monahan saying they had ‘decided to turn their backs’ on the tour.

Fifteen of the 19 hijackers on September 11 were from Saudi Arabia. The kingdom has long denied a role in the attacks, which killed nearly 3,000 people.

‘I would say to everyone that has lost loved ones, lost friends on 9/11 that I have deep, deep empathy for them. I can’t emphasise that enough,’ Mickelson told reporters on Monday ahead of this week’s US Open.

‘I have the deepest of sympathy and empathy for them.’

Terry Strada, the national chair of 9/11 Families United, responded in a statement on Monday, saying Mickelson and his fellow LIV golfers ‘should be ashamed’.

‘They are helping the Saudi regime “sportswash” their reputation in return for tens of millions of dollars,’ he said. 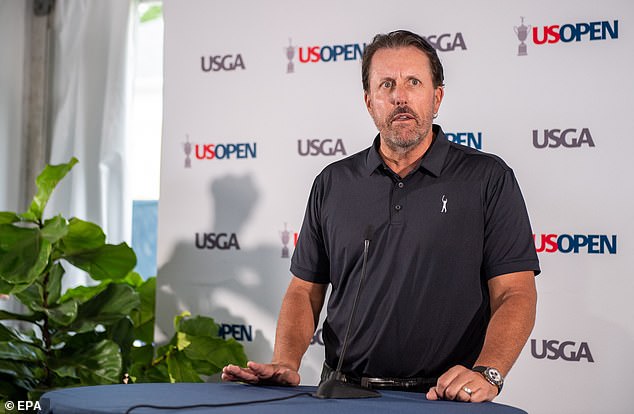 Mickelson was a long-time fan favourite but faced a barrage of disapproval after remarks were made public earlier this year in which he criticised the Saudi government for its ‘horrible’ human rights record but said he would use the prospect of LIV Golf to gain economic leverage over the PGA Tour.

Mickelson apologised for his remarks and announced in February that he was taking time away from the game, opting out of the Masters and his title defence at the PGA Championship.

Mickelson also suggested he was hopeful that he could compete on the PGA Tour again, despite his suspension.

‘(I’m) very appreciative of the many memories, opportunities, experiences, friendships, relationships PGA Tour has provided, and those are going to last – those will last a lifetime, but I’m hopeful that I’ll have a chance to create more,’ he said. 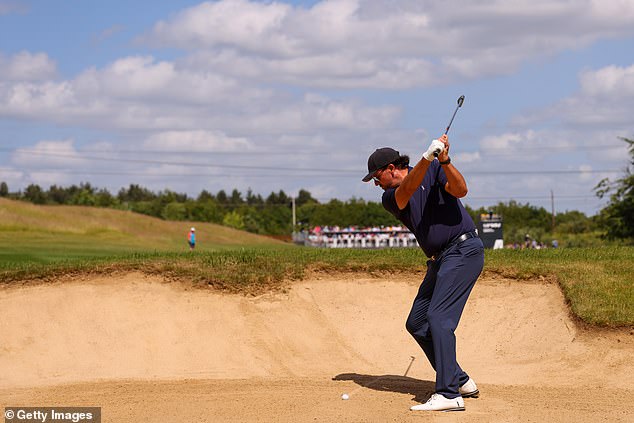 Mickelson, who has finished runner-up six times at the US Open and will get another shot at completing the career Grand Slam on his 30th attempt at the Country Club in Brookline, said he respected those who have ‘strong opinions.’

The American said he planned to compete in next month’s Open Championship at St Andrews and would prefer to have the option to play ‘one or both’ tours.

‘I gave as much back to the PGA Tour and the game of golf as I could throughout my 30 years here and through my accomplishments on the course I’ve earned a lifetime membership,’ he said.

‘I intend to keep that and then choose going forward which events to play and not.’