Parent-of-six The family of Paris and Tyson Fury has grown even larger – but you might want to stay away from the new member.

PARIS and Tyson Fury may have got six kids – but their bumper family just got even bigger.

The Morecambe-based couple have just bought a Rottweiler, and yesterday Tyson shared an adorable snap of the pooch holding a rose in its mouth.

“They say if you want loyalty by a dog so I bought a dog [sic].”

As cute as he is with the rose in his mouth, you may wish to avoid Paris and Tyson’s new dog.

We previously shared how the canine is actually a £20,000 security dog bought to protect their home from thieves. 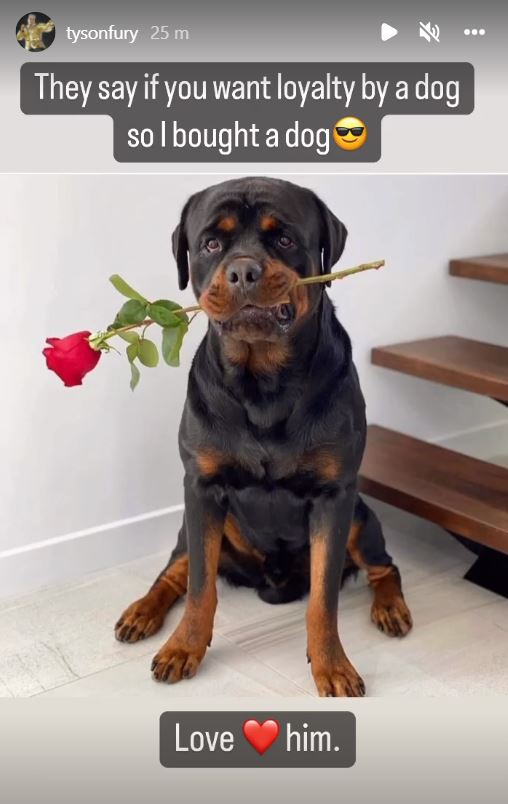 The Gypsy King, 33, is using the cash from his illustrious career to not only protect his family, but also boost his impressive car collection, recently purchasing a Rolls Royce Phantom Series II.

Other dog breeds available from Elite Protection Dogs include Dobermanns and Cane Corsos.

The company’s website says: “All our puppies come from military and police backgrounds with generations of experience.

“Protection dogs are fully integrated into family life, as pets, and as working dogs, which can react on the command from the owner or expression of aggression from an attacker towards a family member.”

The boxer showed off his new dog on Instagram alongside the caption: “Welcome to the team.”

Fury is keen to give his brood the best protection possible with several sports stars having their homes raided in recent months, including Cole, Reece James and Mark Cavendish.

The couple appeared on Talk TV last night, and Paris, 32, denied that she is pregnant with their seventh child.

She said: “I have heard about these rumours for about two months now and it ain’t true.

“I’ve heard this for months and I keep leaving it and I keep thinking ‘when are they going to wake up?’.

The couple welcomed baby Athena to their brood on August 8, 2021, who followed their third son Prince Adonis Amaziah.

He came along just over a year after their fourth child, Valencia Amber. 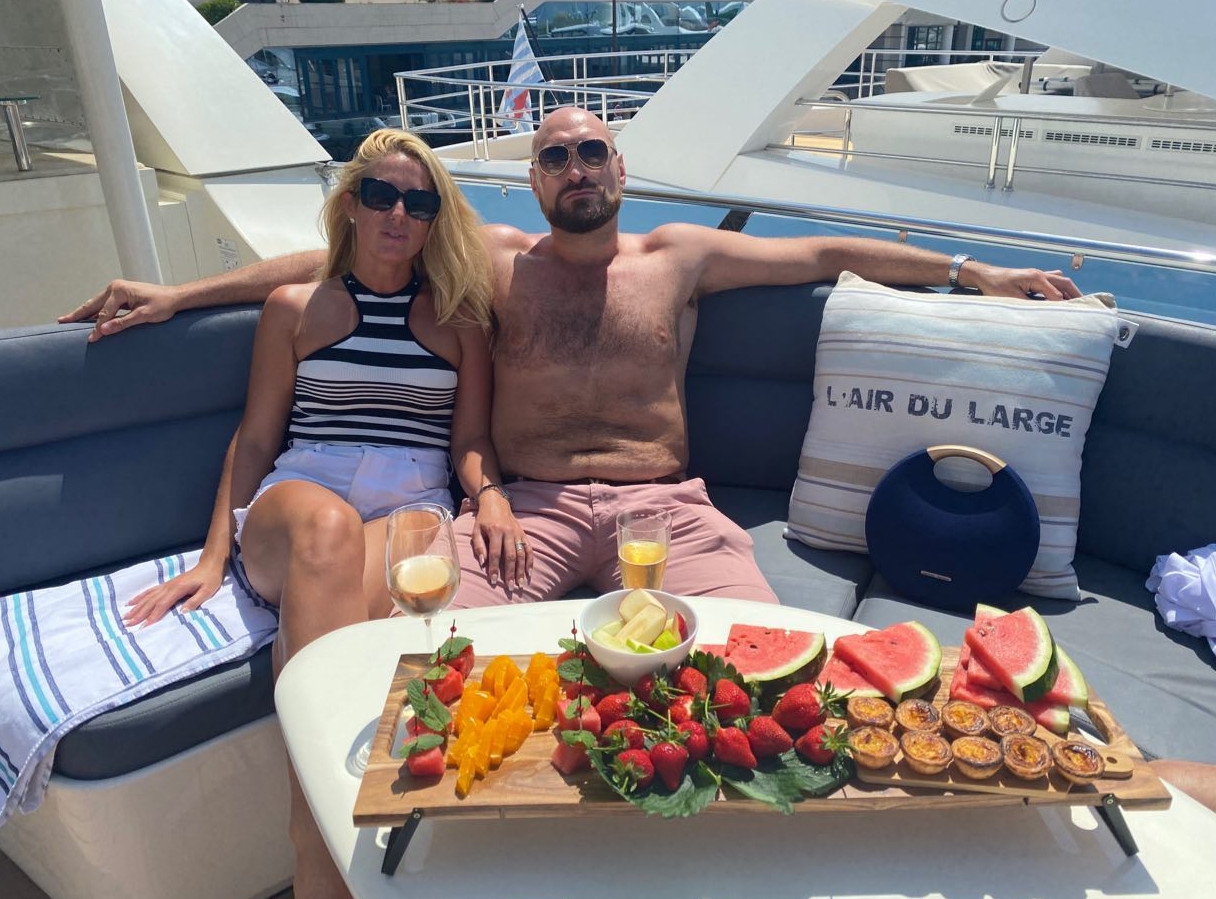