Rafael Nadal just won his 14th French Open, the latest accomplishment in what has become an illustrious career in tennis. That win carries plenty of prestige but it also came with a prize of $2.5 million – enough to put him over the $500 million line for total career earnings so far, and that makes him the second highest on-court earner in his sport.

Of that just over $500 million, about $130 million comes from money Nadal has earned on the court. The rest, as is the case with most famous athletes, comes from his lucrative endorsement deals, to the tune of about $370 million so far. 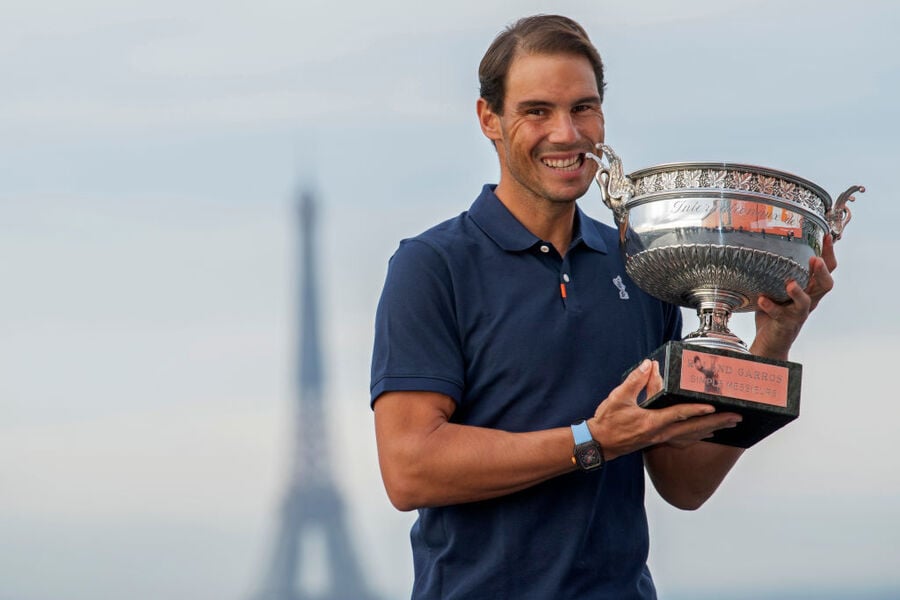 Nadal has endorsement deals with plenty of familiar brands, including Kia Motors, Emporio Armani, and Nike. He’s also lent his name to smaller companies, like the snack brand Quely in his native Mallorca. Then there’s the Richard Mille RM027 Tourbillon luxury watch he collaborated with venerated watchmaker Richard Mille on in 2010, itself reportedly valued at some $525,000 (he even wore it on the court as part of his overall endorsement deal with the brand).

Nadal’s financial bread and butter might come more from endorsements than his actual prize winnings on the court, but he’s no slouch in earnings strictly from tennis either. Before his most recent French Open victory, his tennis career earnings came to around $128 million, and the additional $2.5 million jackpot was enough to make him the second highest earning player in his sport. That surpassed Roger Federer’s $130,594,339 in career on-court earnings at $130,695,772, which is a pretty narrow margin, but now Nadal has a much larger gap (almost $26 million) to clear if he ever wants to become the highest earner in tennis. To do that, he’ll need to dominate on the court for some time to come, since the top spot is held by Novak Djokovic at $156,543,933.