Mery Perello, Rafael Nadal’s pregnant wife, is pictured for the first time since the tennis pro revealed they are expecting their first child as they unwind on their £4.2 million megayacht in Mallorca.

Rafael Nada’s pregnant wife Mery Perello has been seen for the first time since the tennis ace confirmed they are expecting their first child together, as she enjoyed a sunny getaway aboard his £4.2 million megayacht in Mallorca.

The tennis ace, 36, who confirmed reports of his wife’s pregnancy on Friday, put on a shirtless display as he enjoyed a much-needed break ahead of the Wimbledon championships next week, where he will compete for the first time in three years.

Mery, who married Rafael in 2019, displayed her bump in a stylish blue printed swimsuit as she enjoyed the sunshine aboard his Sunroof Power catamaran – named Great White – with a group of friends. 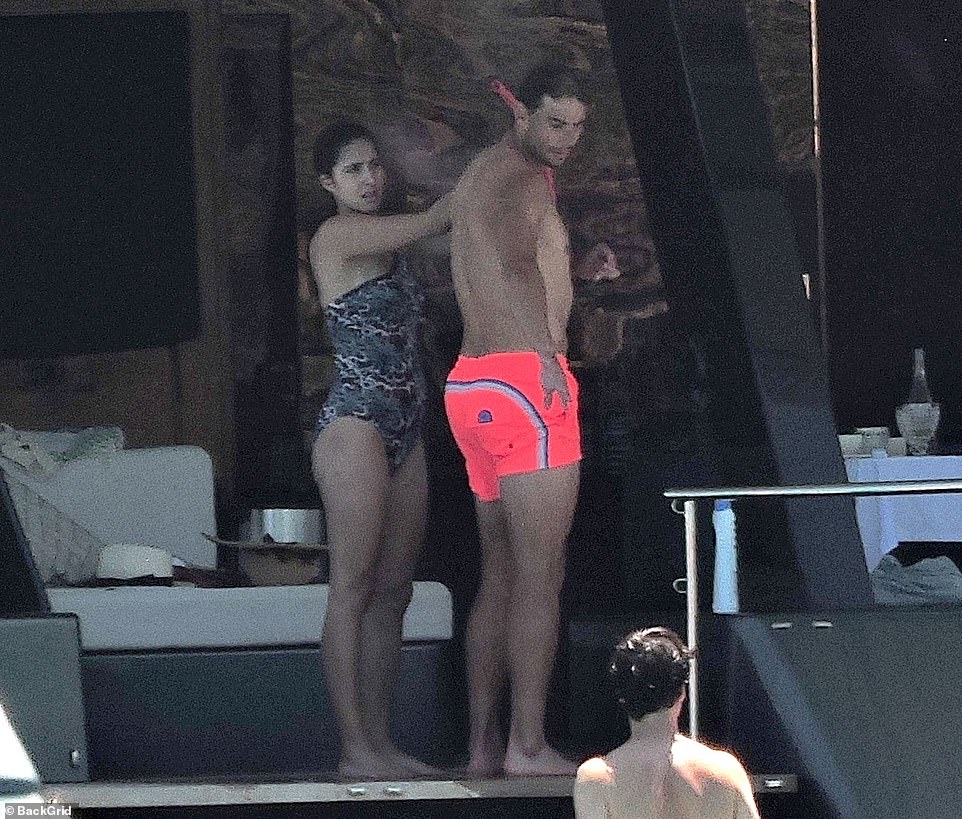 The mother-to-be could be seen perched on one of the yacht’s decks while her husband enjoyed a swim in fluorescent orange swimming trunks.

Following a dip in the ocean, Rafael changed into blue printed swimming shorts to relax in the blistering hot sunshine, with the sportsman seen leaning in for a kiss from his expectant wife. 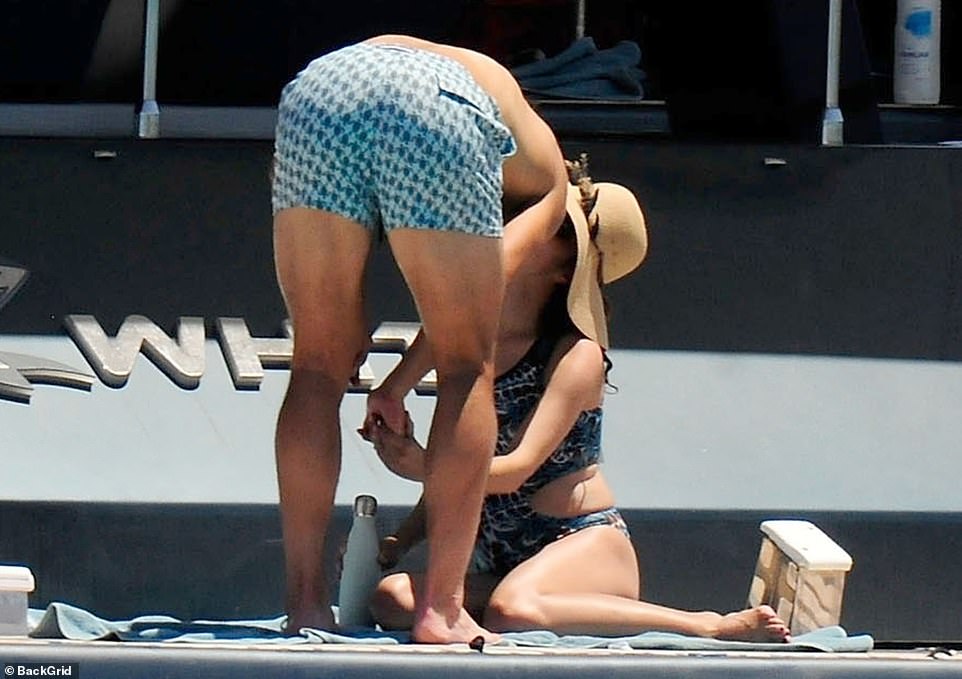 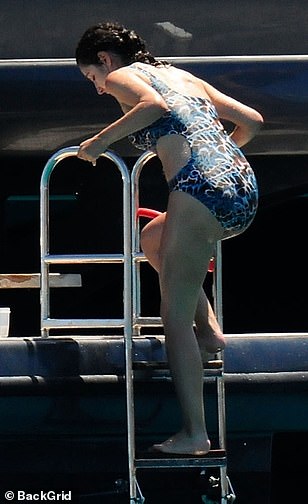 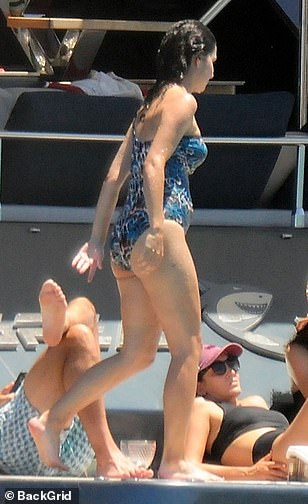 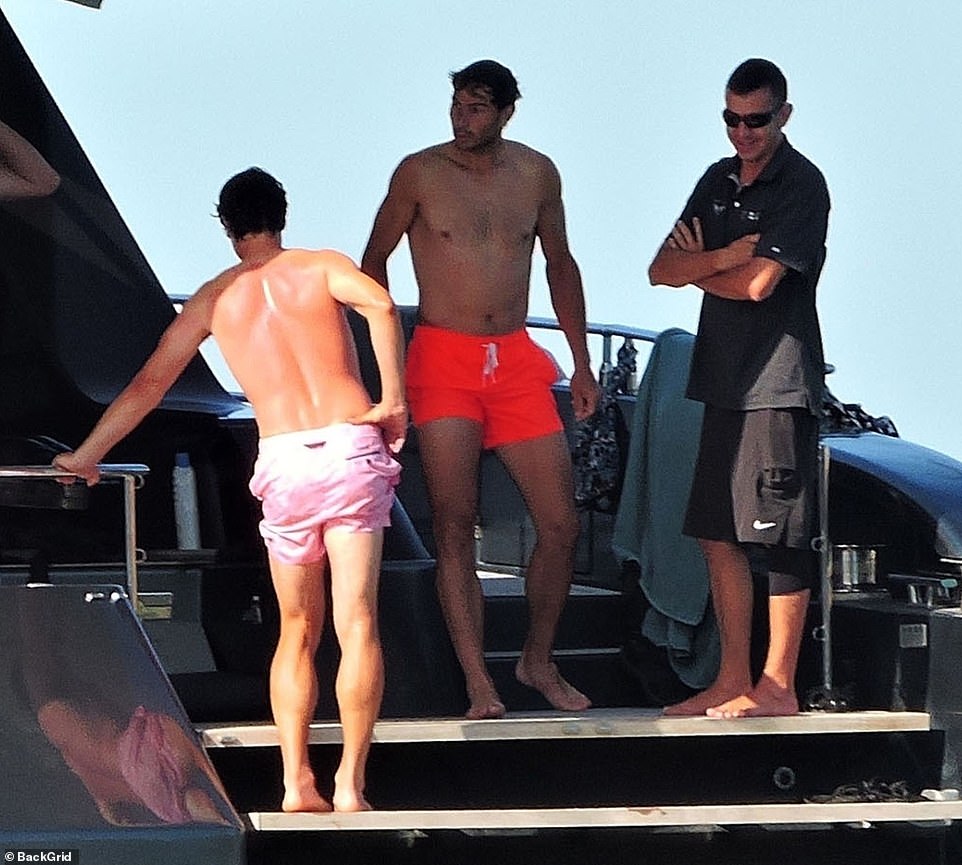 Following his victory at the French Open last month, Rafael was enjoying some well-deserved downtime ahead of his return to Wimbledon next week.

The sportsman said last week at a press conference in Mallorca that he has all intention of flying to London to begin training, along with sharing the news of his wife’s pregnancy after it had been reported by Spanish tabloids.

He told reporters: ‘If all goes well, I’m going to be a father.’ 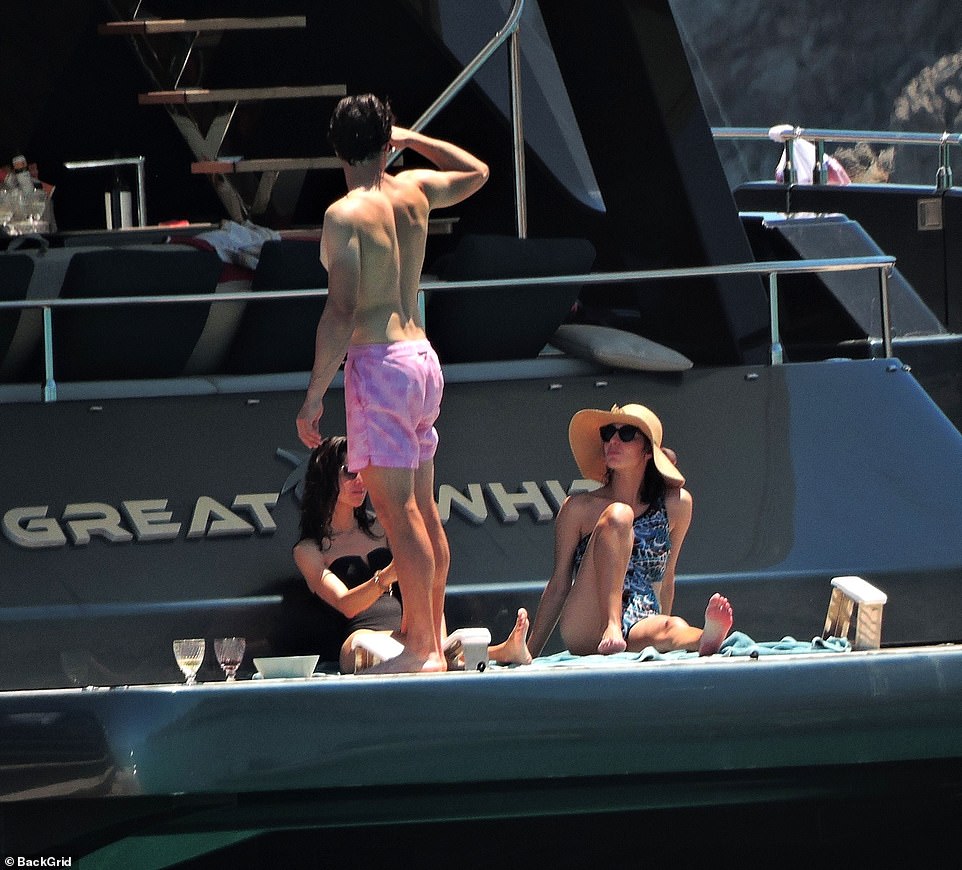 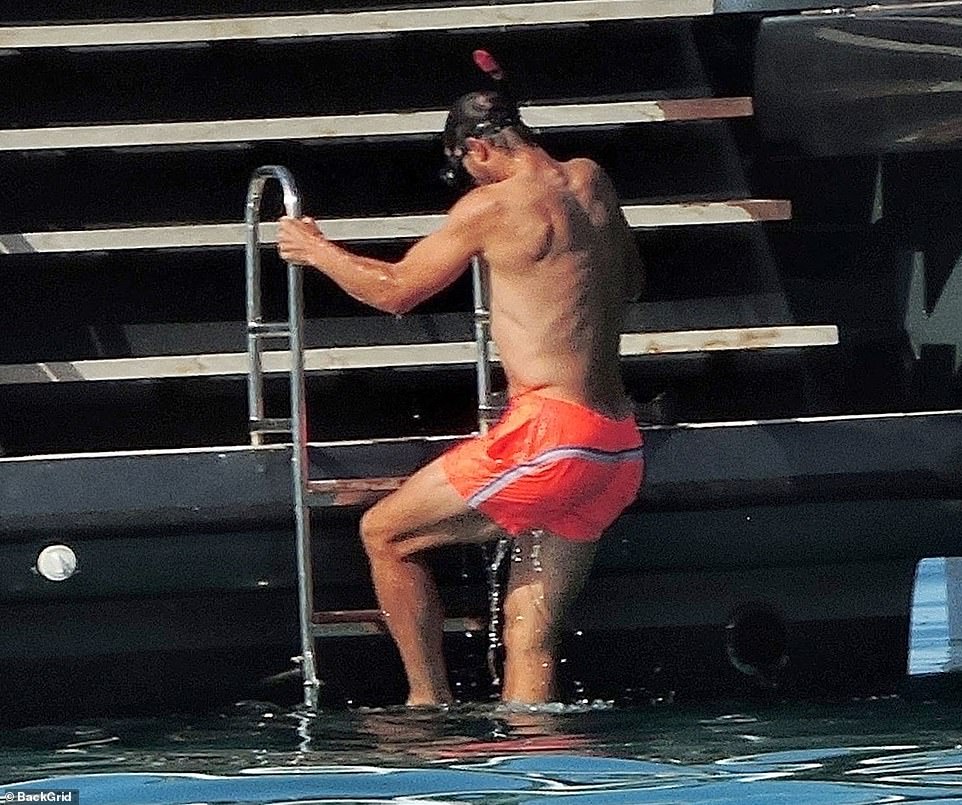 ‘I’m not used to talking about my private life. We live calmer with a lower profile. I don’t expect that my life will change much with it.’

It was reported last week in the Spanish tabloids that Mery was pregnant with their first baby, according to magazine Hola!

The beauty was sporting what appeared to be a baby bump under her swimsuit on board the yacht where she and Nadal are enjoying a holiday. 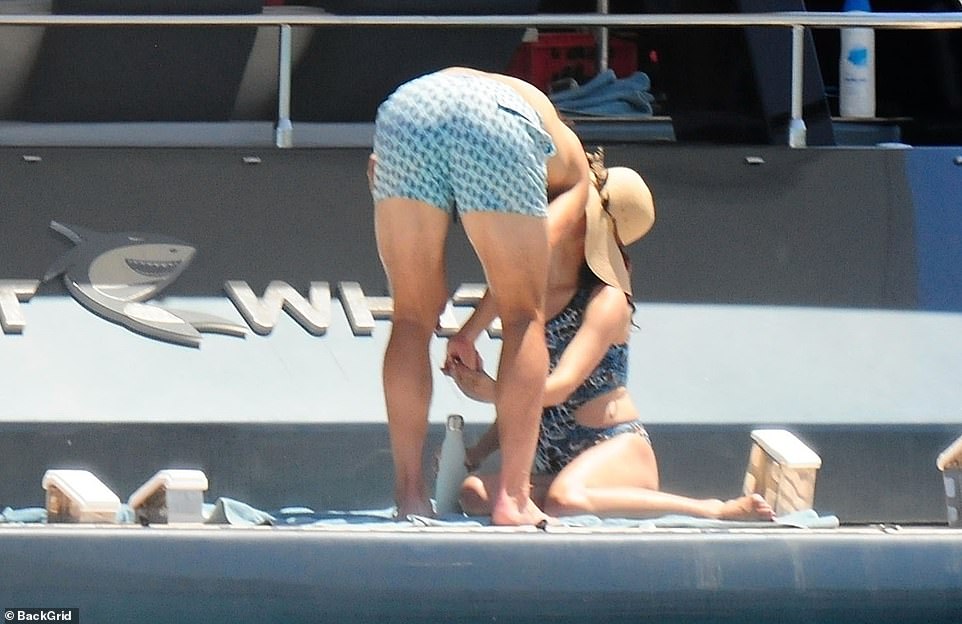 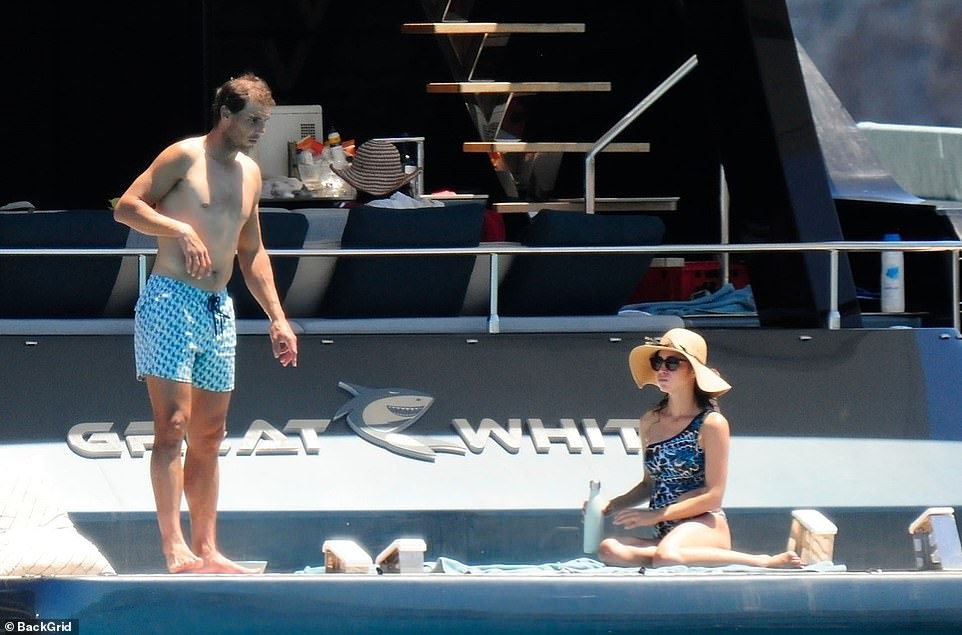 There has been intense speculation Rafael’s childhood sweetheart was expecting after she started wearing more loose-fitting clothes and donned a face mask at the recent Champions League final between Liverpool and Real Madrid.

They are currently relaxing off Majorca with a group of friends on board the ‘Great White, the 78-foot £4.2 million Sunroof Power catamaran Rafael had custom-built two years ago.

Mery, also known as Xisca, gave up a job in insurance to become project director for the Rafael Nadal Foundation, the charity he founded more than ten years ago. 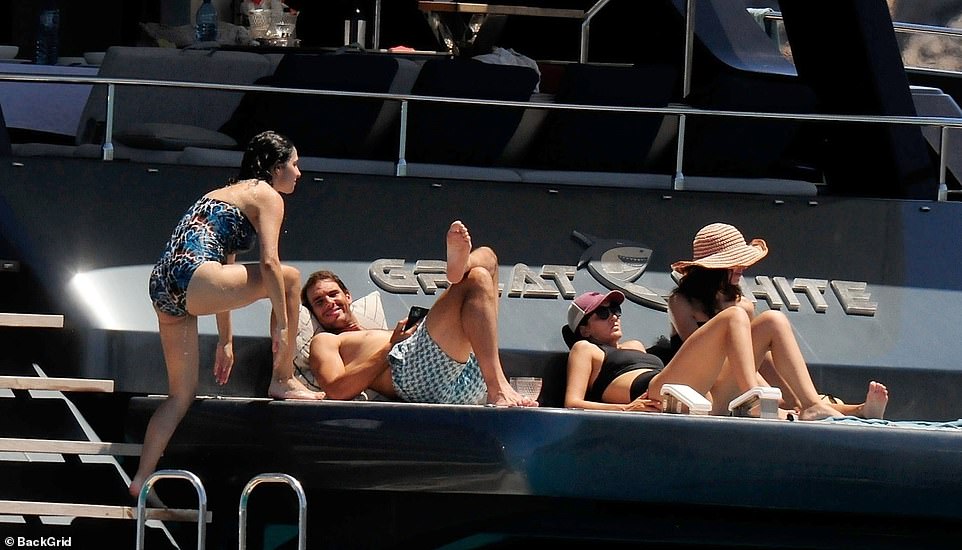 She is well-known as an incredibly private person. The estate the Spanish couple picked to marry, La Fortaleza overlooking the bay of Pollensa in north-east Majorca, was where Real Madrid star Gareth Bale tied the knot with Emma Rhys-Jones in June 2019 as part of a three-day celebration.

The couple, who had already been dating 14 years before they wed, were married by priest Tomeu Catala in front of 350 guests at the stunning fortress, owned by Conservative party donor Lord Lupton.

Juan Carlos I, the king of Spain from 1975 to 2014, was among those in attendance at the wedding as he is a longstanding friend of the tennis ace.

Proving to be quite a highly sought out A-list destination, La Fortaleza is also where the acclaimed BBC thriller The Night Manager, starring Tom Hiddleston, Hugh Laurie and Olivia Colman, was filmed.

Overlooking the bay of Pollensa in north-east Majorca, La Fortaleza was bought by Lord Lupton in 2011 for £30million, despite the original £75million asking price. 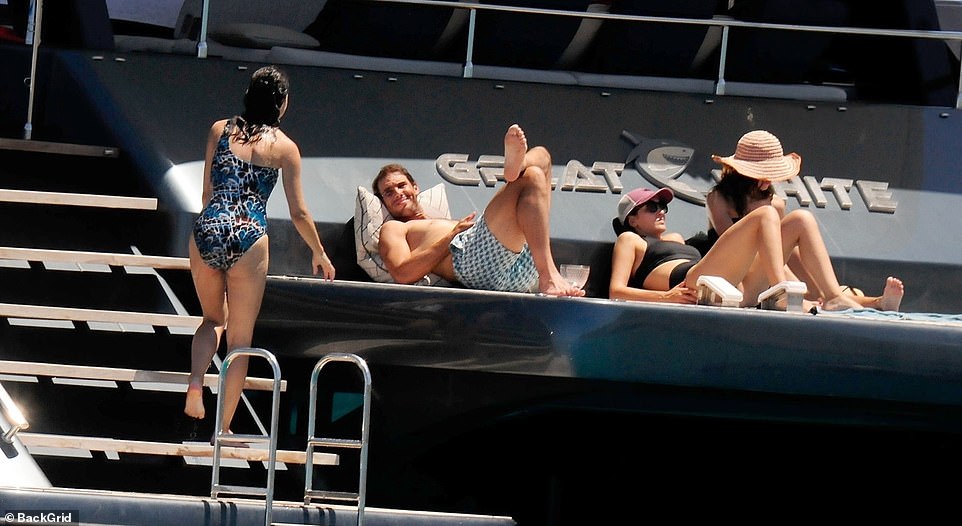 The original fort, which is now Spain’s most expensive property, was built in 1628 to defend Majorca against invaders.

Rafael revealed in January 2019 that he was engaged to his long-term girlfriend Mery following a 14 year courtship.

Hello’s sister publication HOLA! revealed that Spanish athlete proposed to Mery in May of 2018 during a romantic trip to Rome.

However, they reported that the couple decided to keep the happy news private for the first eight months of their engagement. 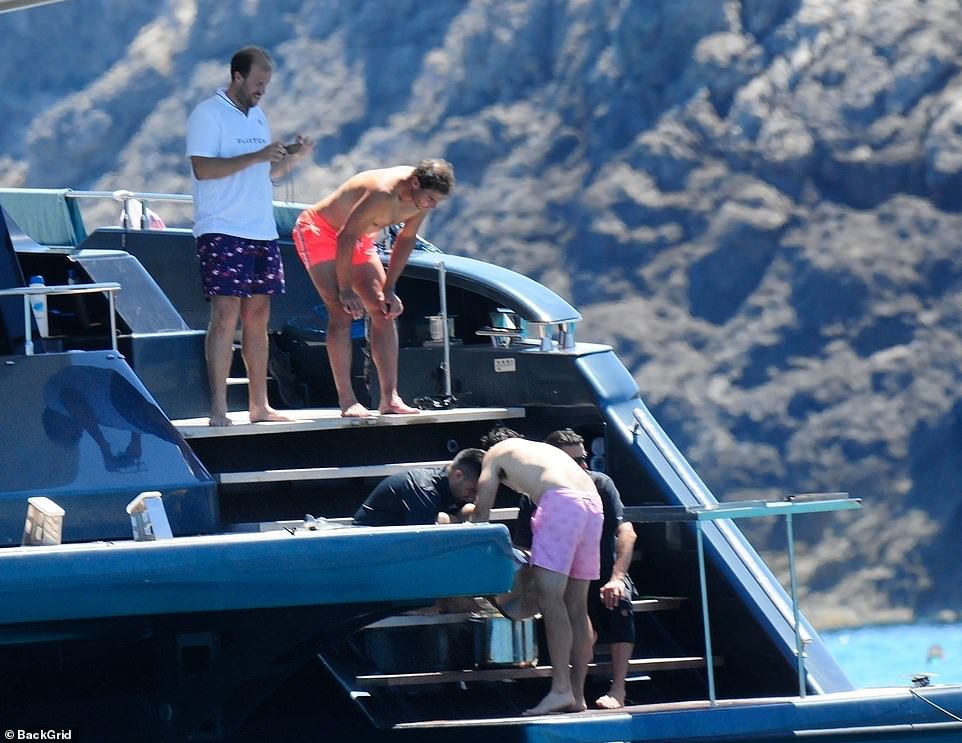 And Rafael has previosuly made no secret of his desire to have children, saying he is a ‘family guy’ and is looking forward to having his own brood in the not too distant future.

But the dedicated sportsman admitted his tennis career had made it difficult to think about starting a family in the past. 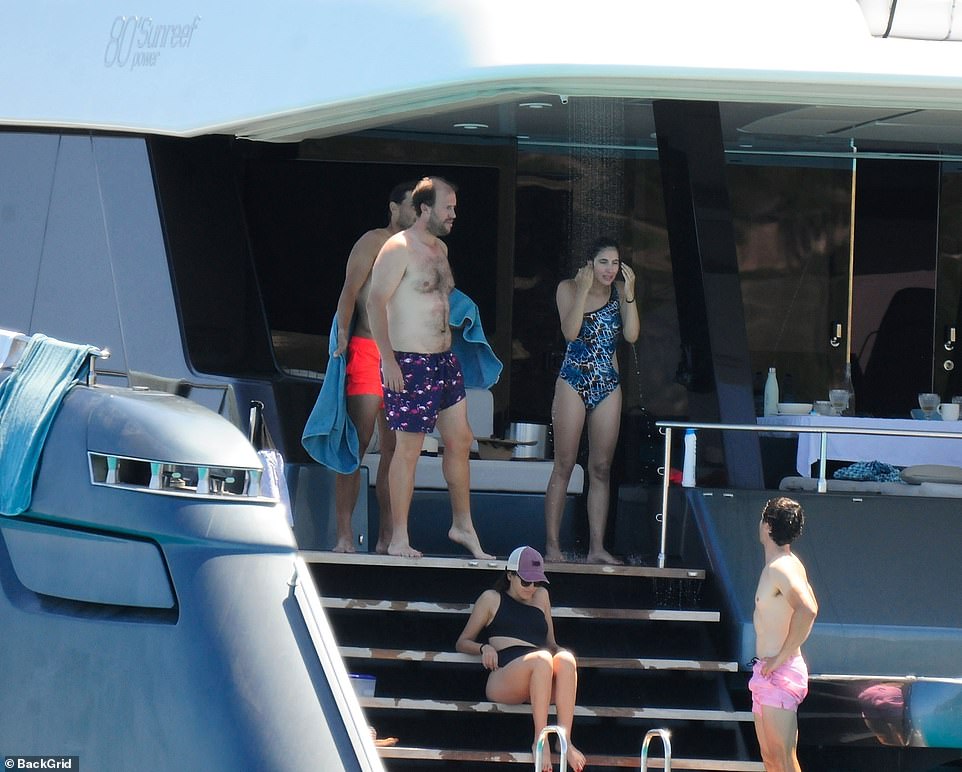 He said: ‘I would love to have children, boys, girls… I’m a person who loves kids and I’m a family guy.

‘But also I tell you that the reality is, the years keep passing, I would like to start to do all of this when my sporting life determines it.’

He told Essentially Sports, at the end of 2018: ‘I have a girlfriend too and I am not alone to take decisions. (sic)

‘You have to suit situations you know. Having family? I don’t know, things are not easy to be predicted. At this age, I thought that I would have already been a former player and that I would have started a family.’

Mery, who is well-known as an incredibly private person, also spoke about her relationship with the tennis champ back in 2011. 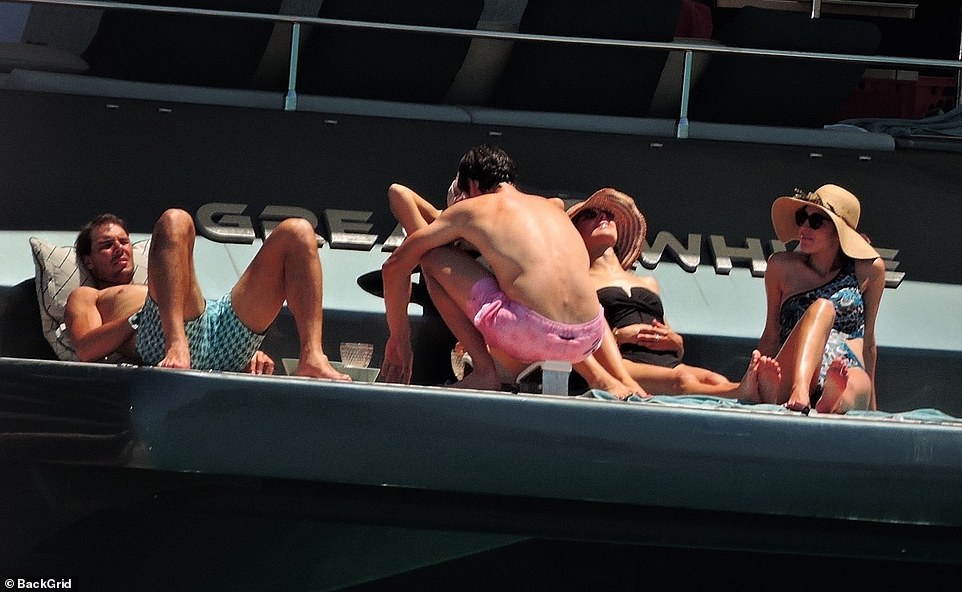 She told The Telegraph in a rare interview: ‘Travelling together everywhere, even if I could, would not be good either for him or for me.

‘He needs his space when he is competing, and just the idea of me hanging around waiting on his needs all day wears me out. It would asphyxiate me.

‘And then he would have to be worrying about me… No. If I followed him everywhere, I think there’s a risk we might stop getting along.’

In 2019 Rafael reportedly placed his old four-bedroom Monte Carlo Yacht 76 for sale for £2.3 million, despite buying it three years earlier for £300,000 more.

‘Beethoven’ was a Monte Carlo yacht that is 75ft in length, and as well as boasting four bedrooms it had an impressive flybridge, a retractable television and can reach a top speed of 35mph. 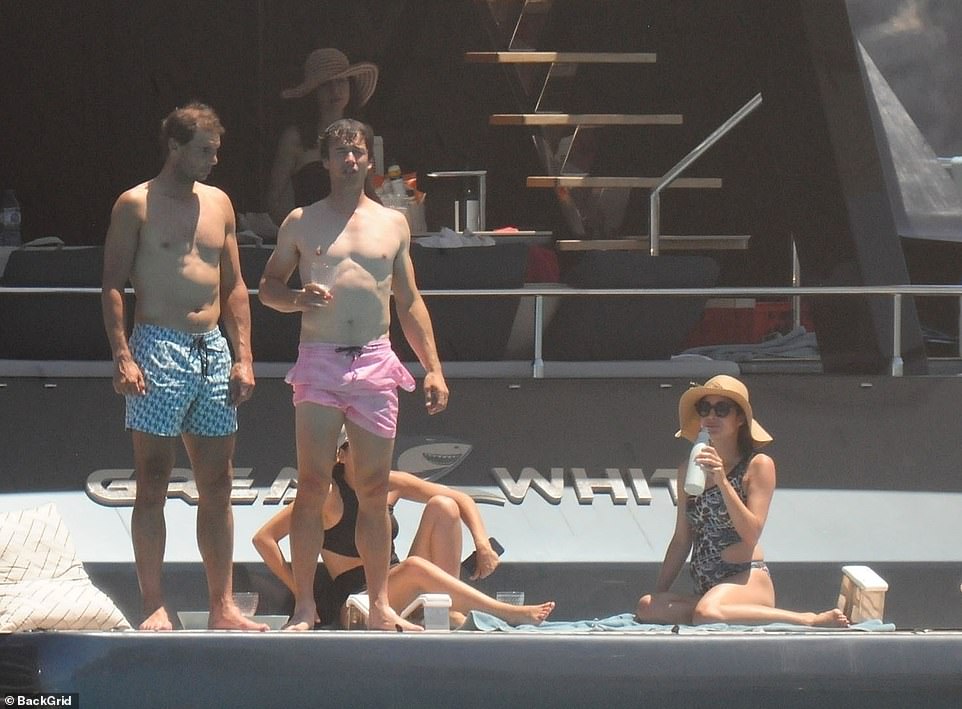